Vigil: counting the cost of the Hostile Environment in the NHS 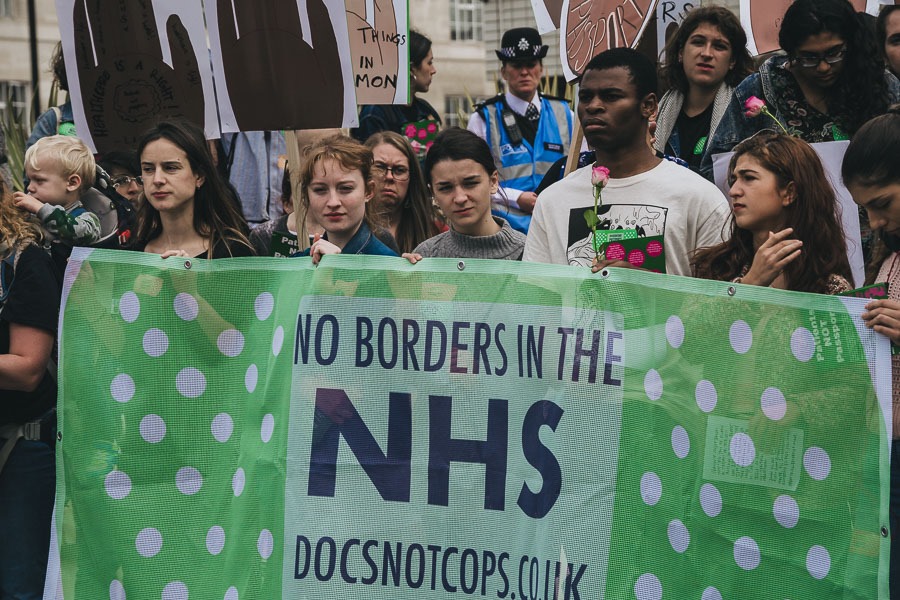 October 23rd will be the second anniversary of the expansion of up-front charging and ID checks across the NHS. This is an aspect of the so-called “Hostile Environment”, a policy framework that aims to inflict fear and insecurity on migrants in Britain and make swathes of the workforce, like health workers and education staff, complicit in racist border enforcement.

On 23 October we will commemorate those who have died and suffered, and those who are currently suffering, as a result of these policies. Join us to demand an end to all forms of immigration control in our health service and universal healthcare for all.

On the morning, there will be a direct action a Central London location (more details to follow soon).

From 16:30 – 21:00, there will be vigils outside at least two hospitals in London, Lewisham Hospital and one in Central London (site to be confirmed).

Other events are happening across the country, such as in Bristol, in Manchester and in Birmingham. Groups involved include Docs Not Cops, MedAct and many others as well as local Keep Our NHS Public groups.