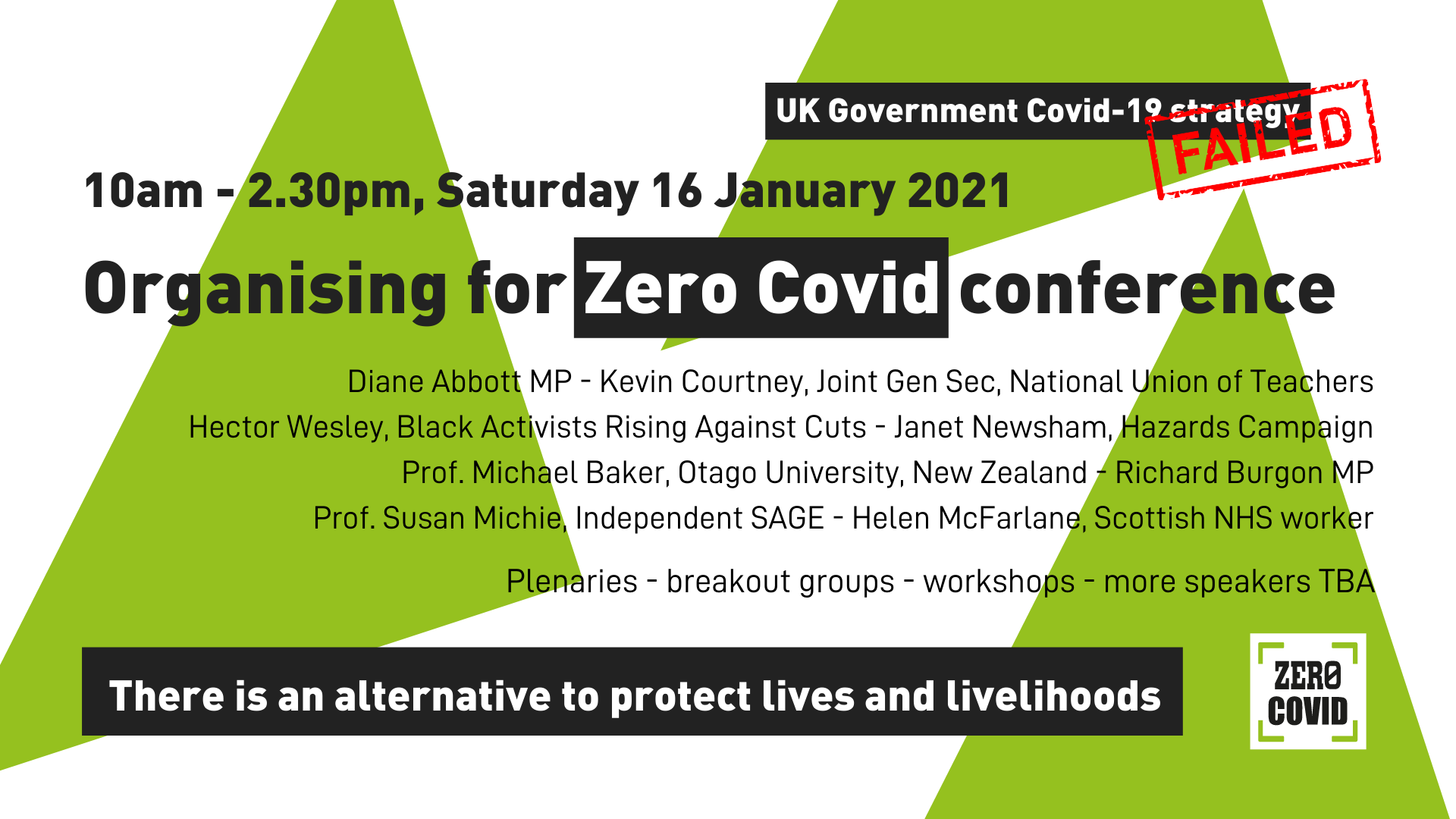 England’s four-tier system is a failure. Test-and-Trace is not doing its job. We urgently need a proper nationwide strategy to eliminate the virus. Join the Zero Covid campaign on Saturday 16th January for an online day of discussion on Saturday 16th January to talk about what it will take to really beat the virus – and how we can force the government to take the action required. The event will be held over Zoom.
Find out more and register here
There will be plenary sessions with speakers as well as break-out groups and sessions for discussion among all participants. Speakers in plenary sessions include:

A full timetable is available here.