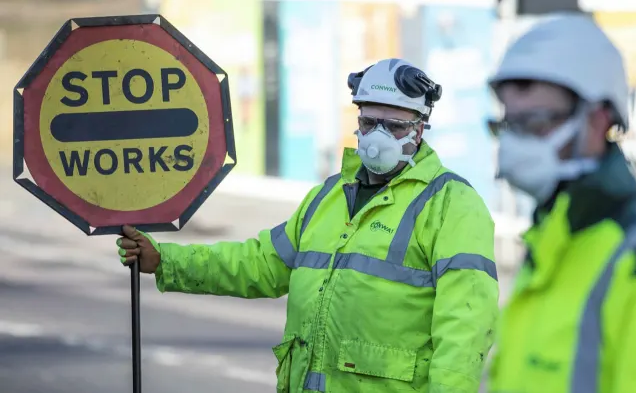 Many groups of workers across diverse sectors are currently finding that they need to take action to secure their safety at work.

Even during the strictest phase of the government lockdown, employers were not forced to shut, except in the case of pubs, bars and social venues. Many construction sites stayed open and continued to force workers to come in to work on non-essential, profit-making projects, on sites where effective social distancing is impossible.

Shut the sites is a campaign formed by construction workers and their allies to demand sites shut down and furlough workers.

Cleaners and facilities: dignity and safety for all

Cleaners and facilities workers have been one of the most under-valued and under-represented groups in the crisis so far. Their labour is essential to tackling the spread of the virus, and they are exposed to danger with often scant protection and wholly inadequate or absent sick pay, making self-isolation impossible.

Recently, Emanuel Gomes, a cleaner at the Ministry of Justice, died after contracting coronavirus. Due to a lack of occupational sick pay, he was forced to continue to work despite showing acute symptoms of the virus, suffering further deterioration.

Emanuel’s union, the United Voices of the World, is calling on the public to support their Justice for Emanuel campaign by writing to Emanuel’s employers demanding a living wage, sick pay and proper health and safety measures for all workers.

The Doctors’ Laboratory: support the TDL 10!

Medical courier firm The Doctors’ Laboratory are attempting to sack 10 couriers after their raising concerns over inadequate safety measures. These workers are transporting crucial samples – including samples of the virus itself – between medical and research facilities, and have not been given basic protections such as proper PPE.

The latest incident follow from a record of attempted union-busting at TDL, which Keep Our NHS Public has previously spoken out against.

The Independent Workers of Great Britain union, which represents TDL couriers, is currently balloting for strike action to defeat the attempted redundancies. Follow the IWGB Couriers and Logistics branch on Facebook to stay up to date with events.