The Mental Health Crisis Summit co-hosted by Keep Our NHS Public, Mental Health – Time for Action and Health Campaigns Together could not have been more timely, being held soon after the publication of a damning report revealing that suicides have risen to a 16-year high across UK.

Perhaps most devastating of all is the figure that over 200 school age children each year are currently lost to suicide. This is a damning indictment of devastating NHS de-funding and privatisation – hitting mental health services particularly hard – and nine years of austerity by this Conservative Government.

The line-up of speakers at the event on Saturday 28 September at the Royal Free Hospital, London, was diverse, powerful and focussed on how we can make a real difference. Mental health activists, trade unionists, campaign founders and patients addressed almost 300 attendees in two plenary sessions and six workshops.

Ian Hodson, President of the Bakers, Food and Allied Workers Union – a powerful voice against austerity and advocating solidarity and unity in fighting all manner of oppression – opened the event with a clear, passionate and compassionate speech, clearly highlighting the links from austerity, the gig economy and precarious work to exploitation, stress and mental ill health and framing some of the key themes of the event.

Rachel Bannister, co-founder of Mental Health – Time for Action, a co-host of the conference; courageous campaigner for better mental health services; parent of a young person put through experiences that she and her family should not have been put through. Rachel campaigns with bravery so that families in future have more appropriate care. "It is no measure of health to be well adjusted to a sick society".

Denise McKenna, leading member of Mental Health Resistance Network who strongly support the social model for understanding and supporting mental health issues. Elizabeth Cotton of Surviving Work – important insights into the neoliberal ideas that impact on services for mental health. The morning plenary finished with the first Patron of Keep Our NHS Public, film maker, socialist and tireless campaigner for the vulnerable and oppressed – the wonderful Ken Loach, who reminded us that only a Jeremy Corbyn-led Labour government will restore our NHS to be the publicly run, publicly funded, publicly owned, free at the point of need and universally accessible.

The closing plenary began with Kevin Courtney, Joint General Secretary of the National Education Union and supporter of Junior Doctors, and our nurses in the Bursary struggle. As joint head of a union of teachers on the frontline, Kevin spoke about the increased stresses school age children undergo with the pressure of continual testing, the inadequate support that teachers receive in trying to help vulnerable students with mental health difficulties and the need to review the entire structures of testing and support.

Michelle Joseph, actor and campaigner shared her extremely moving story of how she has personally experienced the changes in mental health care and particularly admissions processes over a period of years. Jonathan Ashworth, MP, Shadow Health Secretary – a staunch supporter of those fighting to highlight and correct the gaps in mental health services – repeated his commitment to reversing privatisation saying: “We don’t want the NHS to be the preferred provider, we want the NHS to be THE provider.”

Dr Louise Irvine, GP, Chair of Save Lewisham Hospital Campaign that defeated Jeremy Hunt to keep Lewisham Hospital open and tireless campaigner with HCT and KONP closed the event, summing up the key themes from the workshops as well as the positive and productive mood throughout the summit, with a determination to refine our demands and develop a strong campaigning manifesto for mental health.

Feedback from attendees says it was educational, insightful, action-focussed, inclusive and uplifting. Next steps will be to take comments and ideas from the six workshops and build those into a charter of demands – through a number of follow-up events.

Guest post from Cathy Augustine, member of Oxfordshire Keep Our NHS Public and speaker at The Mental Health Crisis Summit on 28 September 2019 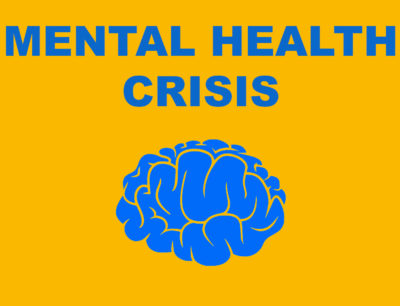