Never believe a rumour until it is officially denied. Prime Minister, Boris Johnson has argued that the odds against a no-deal Brexit were “a million to one”. Billions more are being spent to prepare for this ostensibly remote possibility, and £100m on advertising the government’s view. However Johnson’s main advisor Dominic Cummings (who has declared openly that Tories don’t careabout poor people or the NHS) has outlined his view that it’s already too late for MPs to stop Johnson driving the economy – and the NHS – off a cliff on October 31. 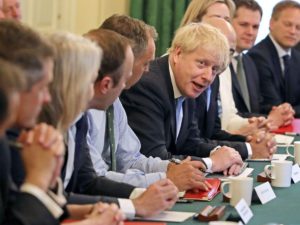 Johnson’s new cabinet Brexit chief Michael Gove has set up a “war cabinet” to meet every week onthe assumption that “Brussels will not budge”, and several other ministers have confirmedwidespread fears that no-deal is now a “very real prospect”.

While opinions among campaigners vary on the merits or otherwise of Brexit, there is universal concern at the dangers that would be posed to the NHS by a no-deal Brexit. Jeremy Corbyn has insisted no-deal would be “disastrous” and said Labour will vote against it and call for a referendum.

Corbyn also warned a no-deal scenario would also lead a weakened Britain into a trade deal with the US that would endanger the NHS. Keep Our NHS Public’s petition on this has reached 712,000. This has subsequently prompted denials from Johnson in the Commons and from Trade Secretary Liz Truss who has claimed that while seeking to agree a free-trade deal with the US, “at the outset ofthis process, I want to make it clear that that will never mean putting our NHS up for sale.”

Whether or not the US wants to take over a slice of the NHS, no-deal Brexit would trigger or exacerbate a series of serious problems for the NHS and for some of its most vulnerable patients.

The first and most obvious would be a further plunge in the value of sterling, which would increase the costs of all imported drugs and equipment. This has been widely forecast by the Bank of England,the government’s own Office of Budget Responsibility, and indeed the government’s own secret projections as leaked to Sky News. The OBR predicts a recession which would increase the deficit and reduce government revenues – and therefore limit public spending.

More worrying, Sky News has also revealed that the government has issued hundreds of gagging orders (legally binding non-disclosure agreements) to help cover up the actual state of play in many sectors, including 26 to keep a lid on problems at the Department of Health and Social Care.

But there are several more ways in which – despite ministerial denials – no-deal would be disastrous for the NHS. 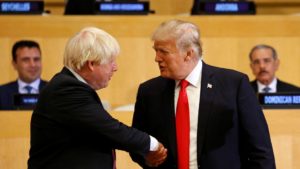 The NHS is highly dependent on supplies of vital drugs and medical supplies from EU producers: but the supply chains could be seriously undermined by a no-deal exit, which would, of course, have no transition period.

Even now many people visiting pharmacies up and down the country in recent weeks will already have seen orange posters in their windows pleading “Please don’t blame us for the NHS medicines shortage, it’s a nationwide problem. Ask your MP to help”.

The posters understate the frustration of pharmacists at the lengthening and fluctuating lists they receive from distributors each day, itemising which drugs are already unobtainable ... even before any actual dislocation from Brexit.

One pharmacist said “The list comes each day and is generally about four pages long: it has included drugs for heart treatment, beta-blockers, drugs for Parkinson’s disease, and HRT drugs. Some are forroutine drugs, such as quinine sulphate for cramp: others can be essential to save lives.

“Even where this is not the case, every time we are unable to supply a drug that has been prescribedit wastes huge amounts of time for us, the patient and of course the doctor.”

Britain imports 37 million packs of medicine each month from the EU and EEA, among them almost all of the insulin on which 3.7 million diabetic patients depend: and British based pharmaceutical firms export 45 million packs to the EU and EEA: all of this could be delayed or disrupted by a no deal Brexit. One insulin producer, US firm Eli Lilly, said "A no-deal Brexit would result in the UK's complete and sudden disassociation from decades of partnership with the EU on medicines regulation and drug safety monitoring."

To raise concerns even further, it has emerged that the DHSC has pushed back the deadline for signing £3m of contracts for the swift transport of drugs from the EU for use in the NHS to the last available minute: having originally set a deadline of 1 September for signing contracts for an express freight service (with tender documents stipulating that the new system must be ready for testing at least ten days in advance of full implementation on November 1), this has now been put back to 24 October – just a week before Johnson’s deadline.

To make matters worse, after two years of warnings being dismissed as “scaremongering”, and less than 90 days from Prime Minister Johnson’s promise to leave the EU ‘with or without a deal’, experts are warning that no reliable system has been put in place to guarantee supplies of the short-life isotopes required for cancer treatment. The nuclear materials, most of which are imported from the EU, quickly decay and become unusable, so stockpiling supplies in advance of a potential no deal, as ministers claim they have planned for some other medicines, is impossible.

The BBC reports the Royal College of Radiologists, the British Nuclear Medicine Society and the UK Radiopharmacy Group are concerned at the problems that emerged during a no-deal trial: “One major supplier struggled to get their material fast-tracked through customs. Other, smaller suppliers have reportedly had problems too.”

The predictably glib response, from a government that has made lack of foresight and preparation into an art form, has not convinced the Royal College of Radiologists which has again warned clearlythat “Any disruption to these quickly-decaying materials reaching patients could delay diagnosis and treatment.” 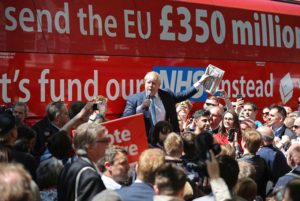 Meanwhile the simmering problem of staffing the NHS seems set to boil over into an even more pronounced crisis if there is no deal. The NHS is also dependent upon thousands of EU-trained medics and nursing staff, many of whom are already departing, while recruitment from the EU and wider European Economic Area (EEA) has plummeted.

Since the referendum the numbers of EEA-trained nurses working in the NHS have fallen by 5,000, while the numbers of new EEA recruits joining the Nursing and Midwifery Council (NMC) register have fallen overall by 90%, with some countries down by 96%.

Ironically for those who were egged on to vote for Brexit because of their racist hostility to migrants, the impact of the reductions in EU-nationals has been limited by an increase of nursing staff and new recruits from outside the EU/EEA – many of them from Asia and Africa. But increased racism and barriers to immigration may well limit this flow of recruits, which has undermined many weaker health care systems in developing countries.

Similar problems also apply with the medical workforce: the BMA has warned its own figures show that of 12,000 European doctors working in Britain “1 in 3 intend to leave if we leave the EU without a deal – and that’s because they want to feel stable and secure and they already feel uncertain about their future.”

A no-deal Brexit would also effectively end the mutual recognition of professional qualifications, which allows doctors from the EU to come here to work immediately.

“So not only might we lose the doctors who are here,” warns the BMA, “but the doctors that would be coming here will dwindle in number because there would be new barriers – from examinations to other restrictions for them to enter the UK to work. That would be the worst situation.” 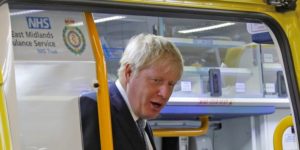 Meanwhile the BMA has flagged up another potential nightmare for the NHS: a no-deal Brexit could“in a worst-case scenario” mean that 190,000 UK state pensioners currently living within the EU(most of them in Spain) return to the UK in order to receive care: “The additional cost to healthservices is estimated to be between £500 million and £1 billion per year. There would be a requirement for an additional 900 hospital beds, and 1,600 nurses to meet demand.”

For these reasons Keep Our NHS Public and Health Campaigns Together will continue to keep up the pressure against a no-deal Brexit, alongside the fight for legislative action along the lines of the NHS Reinstatement Bill to repeal or amend any legislative loopholes that might open up the NHS and its £120 billion per year budget to any potential US trade negotiations.