Panel: The Dirty War on the NHS 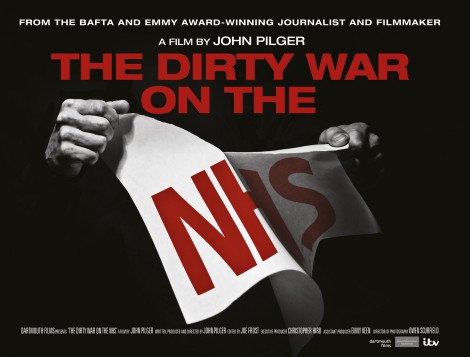 From Monday April 13 for a week Curzon Home Cinema will be streaming John Pilger’s film The Dirty War on the NHS, which was first released just before last year’s election. This could not be more timely. The government is telling us to stay at home and “protect the NHS”.

On Wednesday 15 April at 20:30, there will be a live Q&A with two of the film’s main contributors, Professor Allyson Pollock and Dr John Lister, which will be beamed live to your homes via Youtube, Twitter, Facebook and Curzon Home Cinema.