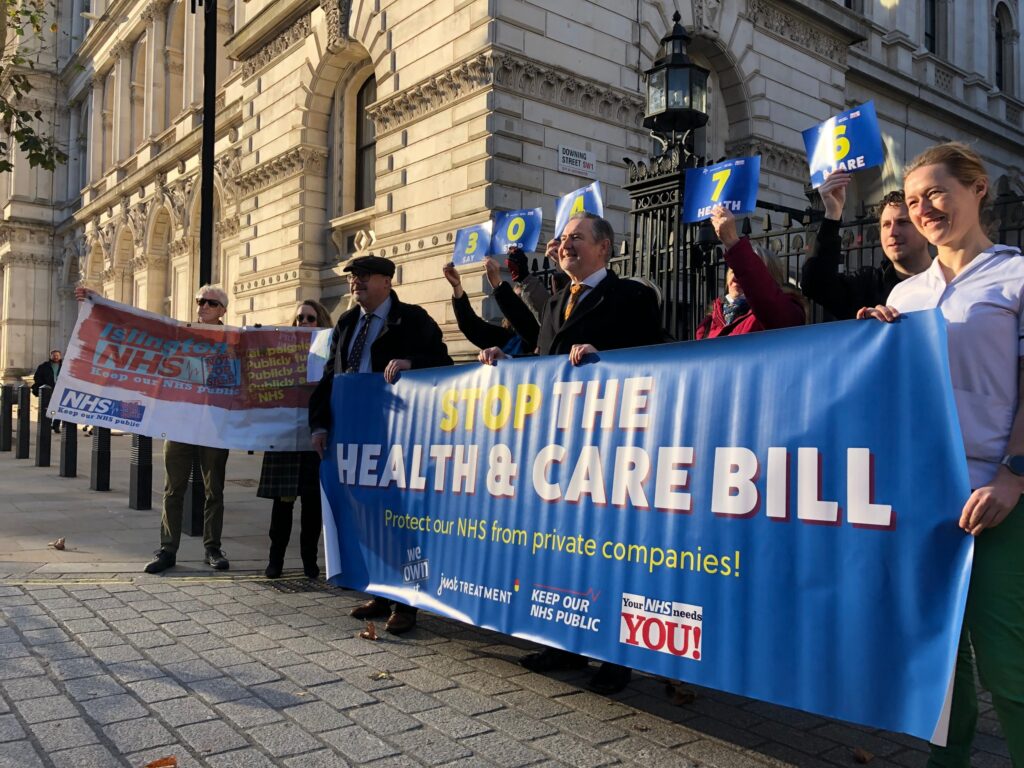 Our event calendar keeps track of upcoming events in our own campaigning and those of our allies and partner organisations.

You can suggest an event to be featured in the calendar using this simple google form.

The Government is quick to blame everyone but themselves for the NHS crisis. Health Secretary, Steve Barclay told already exhausted NHS staff to work even harder if they want a pay rise! But it’s the Government that should be working harder fixing a crisis caused by 13 years of mismanagement. We stand with all NHS staff taking strike action to protect the service from further damage. Staff are the beating heart of the NHS; they were the frontline during the pandemic and they’re the front line in the fight to save our NHS now. We remember when our NHS was the best healthcare system in the world. But the current crisis is causing thousands of unnecessary deaths. We need a publicly run NHS that we know works – not a private healthcare model we know doesn’t. 11th March is a vital moment to demand the Government finds the resources and the political will to do what is needed not just to save our NHS for future generations but to stop unnecessary death and suffering.