On 5th July, the High Court handed down its judgement on the judicial review brought by the JR4NHS claimants against the Secretary of State for Health & Social Care and NHS England on their introduction of Accountable Care Organisations (ACOs). We also now have the ruling on costs, read more below.

NHS England has now launched the consultation extracted from the Department of Health and NHSE by our five JR4NHS claimants. They will consult on the contracting arrangements for Integrated Care Providers (ICPs), ‘formerly known as’ accountable care organisations (ACOs).

The 12 week consultation will be from Friday August 3 to Friday October 26 and people can give their views on line or by post. NHS England will also hold engagement events during the consultation period to listen to stakeholders’ views. [NHS England]

After our update on the JR verdict and the adjudication on costs which follows below, we have put together a timeline reminding us of the dramatic sequence of events over the last 10 months which has resulted in a significant check on government and NHS England’s plans to break up the NHS permanently into 44 or more non-NHS bodies in the form of ACOs. Here is part of the statement by the JR4NHS team and the link to the full statement:

Judgment – the campaign moves on to different terrain

We had originally brought our claim on four grounds – two on the lack of proper consultation, one on the legality of the idea itself, and one on grounds of lack of clarity and transparency.  We withdrew our claim on the consultation grounds when our opponents conceded that they would not proceed without a full national consultation, so this success was in the bag.

Unfortunately, the Court has found against us on the law on the other two grounds.

On legality – whilst making clear that he was not deciding on the merits of ACOs, and acknowledging that we raised “perfectly good and sensible questions…..about the ACO policy and the limitations of the terms and conditions in the draft ACO Contract” – Mr Justice Green decided that the ACO policy is lawful because the Health and Social Care Act 2012 gives very broad discretion to Clinical Commissioning Groups when commissioning services.

And on clarity and transparency – whilst resoundingly rejecting the government’s argument that the principle did not apply “in relation to what by common accord is intended to amount to radical and transformational changes in the way in which health and social care is delivered” – he decided that the principle was not yet engaged.

For more about the judgment and the very favourable ruling on costs see here.

On 2nd August, Mr Justice Green announced his decision on who should pay the costs of the case. His decision was a vindication for the four claimants, and the now deceased Professor Hawking, and is really good news. The JR4NHS team’s statement starts here and can be read in full at their website:

Usually, the loser has to pay the winner’s costs, but on this occasion he has ordered the government and NHS England to pay us  our costs up to 18th January 2018 because “the Defendants changed their minds about full nationwide consultation and the use of the ACO model by early adopters” and also because “in some measure there was a degree of confusion caused by the use by the Secretary of State of misleading language to describe the process of appointment of ACOs (designation) and as to the issue of delegation”.

He also ordered us to pay only 65% of the defendants’ costs after that date because [the Department of Health and NHSE] had failed in their arguments that the case was brought too late, and that we did not have standing to bring the case …

… we had “acted in the public interest in bringing the claim and have identified some serious and important issues which will need to be considered  during the course of the consultation, the substance of which will have been improved by the airing and ventilation of the Claimant’s concerns and criticisms”.

The judge also noted that we had “succeeded on certain subsidiary points of law arising under the outstanding substantive grounds”. [read more here]

Timeline of the Judicial  Review 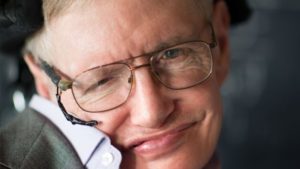 KONP, Health Campaigns Together and our allies are all are pledged to continue the campaign to reinstate the NHS fully in this its 70th year: ready to work with Labour in developing serious legislation to take back the NHS into public ownership and provision; ready with support for Eleanor Smith MP with her NHS Bill campaigning 10-minute bill (second reading 26 October).

We are ready to up the campaign against the pernicious spread of wholly-owned subsidiary companies and integrated care systems up and down the land; and to demand that the Government change political course away from fragmentation, underfunding and privatisation of the NHS – soon to face another worrying winter for its staff striving to look after our population.