Junior doctors have successfully defeated attempts by NHS employers which would have made their legal battle too expensive to wage in the High Court. 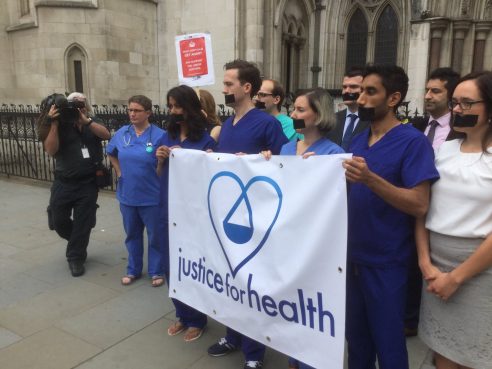 Justice for Health, which was set up to raise funds for the legal appeal, argued the case that the NHS Employers’ demand for £150,000 ‘security’ to be lodged before the juniors’ case could even be heard was unreasonably high. In effect, this would have meant the juniors would have to raise this huge sum to even stand a chance of challenging Hunt’s unfair and unsafe new contract, which he has still insisted he will be imposing on them. With ongoing legal fees on top of that.

But the judge ruled that a fairer sum of £70,000 would need to be lodged for the initial case to proceed (£130,000 if a fuller case was to be heard), which represents the maximum Hunt’s lawyers could win for the government if the juniors lose.

Justice for Health have reported that that they are well on the way to acquiring this through donations but also point out that more legal fees will be needed as the case continues in the High Court, making their new targets £90,000 and £170,000, respectively – but Hunt’s demands would have sent these already high costs soaring to unattainable levels, and prevented the case from ever being heard. Leaving the legal ground clear for Hunt to apply his NHS-breaking contract with impunity.

In a joint statement, Justice for Health said:

“We are relieved and grateful to have reached a more reasonable financial agreement today. We will make our decisions and rationale public as soon as possible, as agreed in court today. Please continue to support us by sharing our funding link online and helping us get our message out to the public that Junior Doctors will not be silenced when we are raising legitimate concerns about the safety of our patients, our colleagues and the sustainability of the NHS.”

Support the juniors in their fight for justice. 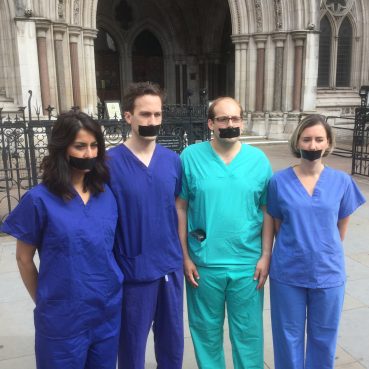