Keep Our NHS Public has thrown itself into the election campaign to get people to think NHS and the dreadful record of the Conservative Government, before casting their vote. KONP is not party-aligned but we are campaigning in the NHS Roadshow along with doctors and nurses, People's Assembly and local campaigners, to say '#Vote NHS - use your vote to overturn the Tory majority. Either you act to help the NHS to survive, or you vote Tory - you cannot have both'

Do you know anyone thinking of voting Conservative?

Send them a link to the video below. This NHS Roadshow video has received over 8 million views on facebook and 9 thousand shares on Twitter, and features many NHS Staff and KONP members including our very own co chair, Tony O'Sullivan.

From the mouth of a GP

Another video sent to us by North East KONP can be found here. Through it, a GP explains exactly why you should Vote NHS not Conservative on 8th June.


New stock in the KONP office

We have some new items in our shop relating to the upcoming election.

KONP groups have certainly played a key role in headlining the parties' stance on the NHS, making this a vital election issue.

KONP continues to attract coverage as the election nears. Most coverage is local; nationally, several outlets have approached KONP for comment or advice without publishing in the past week.

The government's aim was to keep the NHS from appearing as the top-most priority, and keep Brexit as the principal focus. That is now clearly not the case, and KONP groups have certainly played their part in keeping the parties' stance on the NHS as a (if not the) election issue.

Specific coverage of KONP groups locally in the past week or so has included:

Swindon, one of our newest groups, were threatened with prosecution for daring to exercise their democratic right to protest in a shopping precinct: an ugly, growing trend whereby local authorities and corporations try to stop demonstrators...unless they pay a fee. It's marketisation of local democracy, in other words. Which Swindon have fought.

During the 'Battle for number 10' broadcast on Monday 29th May, one audience member had a particularly strong reaction to Theresa May's stipulation that The Conservatives are "ensuring [they] are putting more money into the NHS for the future as well as for what's happening at the moment".

This Telegraph article has links to the initial question from the audience and their reaction to May's response. 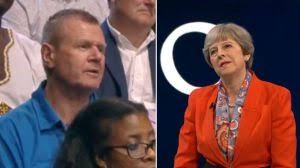 Anything you can spare, big or small, can make a real difference in our collective fight to save the NHS. You can donate here.

Please get in touch with us if you have any queries or any information you'd like to share.

For materials, membership queries and the Annual Meeting please get in touch with Bri, our national administrator, by email or call 0207 241 4443 (ext:210).

For all press enquiries, if you have a story to tell or if you're thinking of setting up a local group please contact Alan, our press and media officer, by email or call 07870 757309.