Happy 70th Birthday to Our NHS 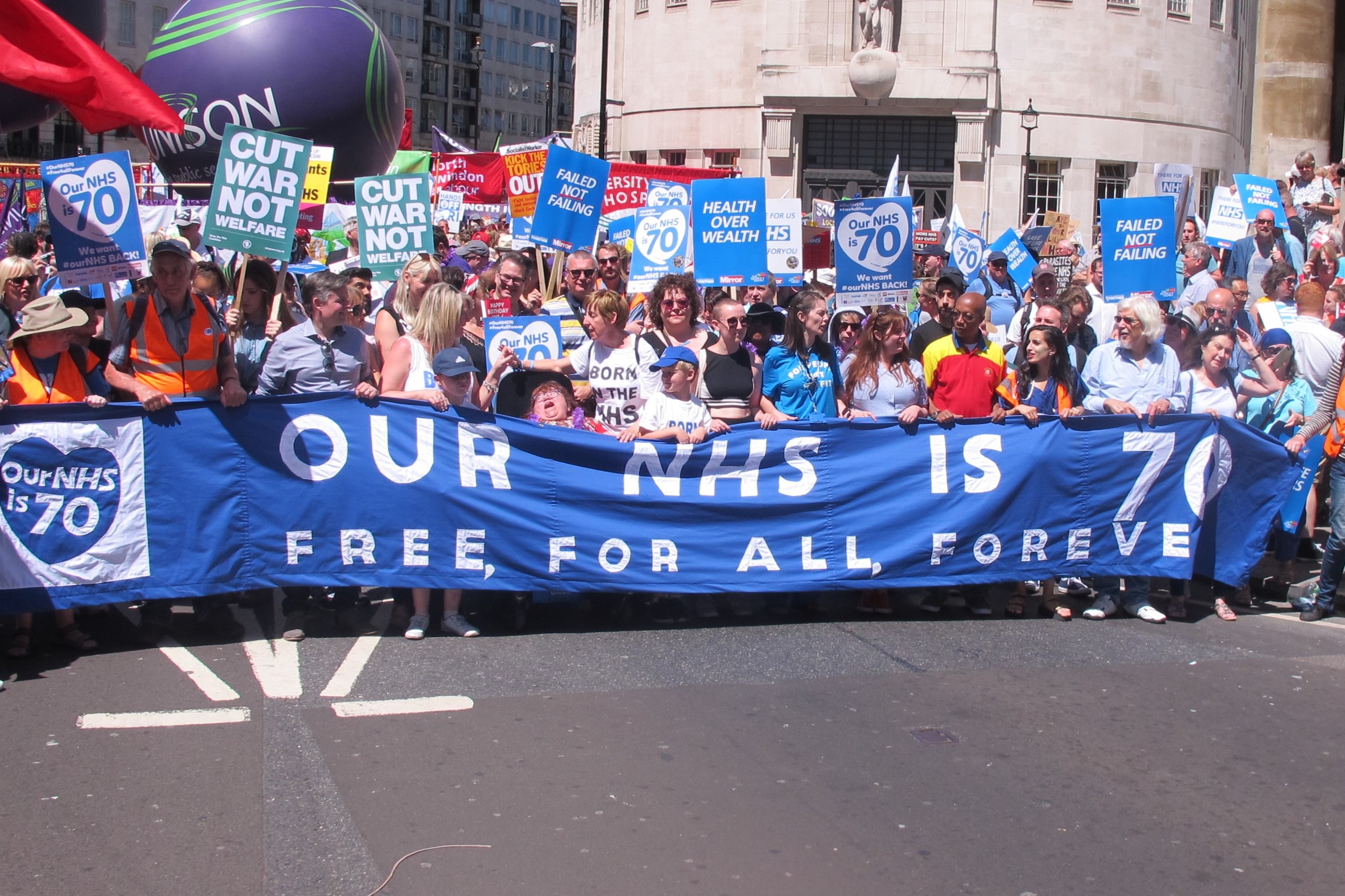 The protest was widely reported by mainstream media as tens of thousands of you came out despite the sweltering heat. See these items in The Guardiann, a video from The Independent, ITV and The Mirror (who were instrumental in publicising the demo). Our very own Co-chair Tony O’Sullivan was featured on BBC Radio Cambridge (46.55 – 54.00) talking about the event and the state of the NHS. You can also catch his speech to the crowds via this Facebook Link

John Lister, Co-Chair of Keep Our NHS Public and Health Campaigns Together (one of the event organisers) also spoke stirringly to the protesters. We live tweeted these snippets of his speech here, here, and here. 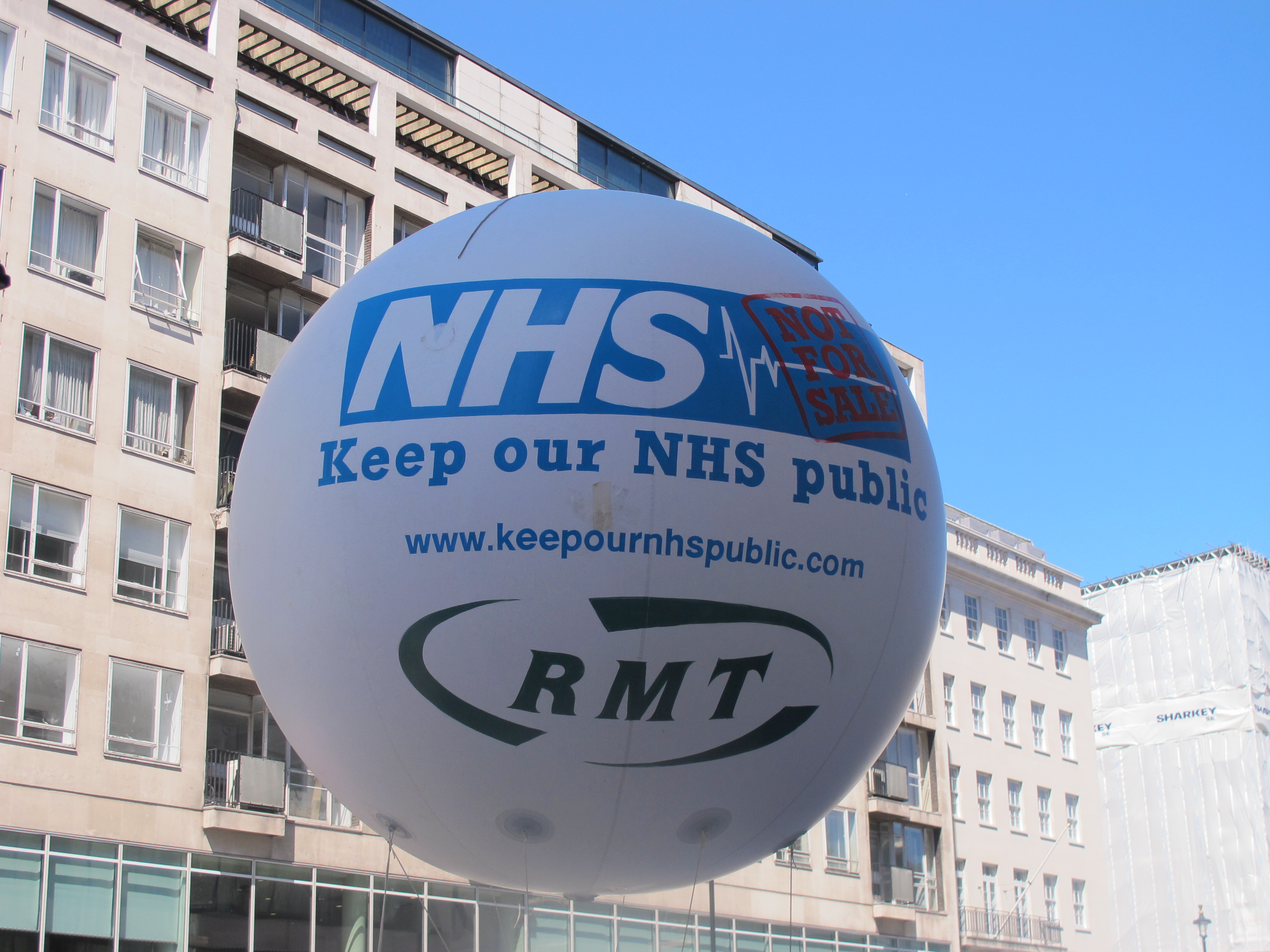 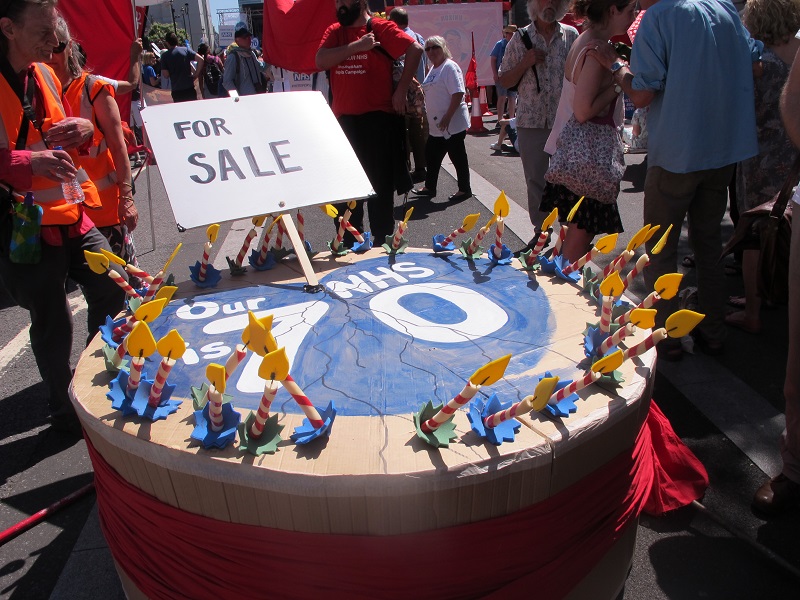 Jeremy Corbyn spoke and made the following pledges to:

This is so promising and some of the boldest statements and committments the Labour leader has made to the NHS in a long time. It is testament to the hard campaigning efforts from Health Campaigners around the country and to the efforts of HCT, PA and Unions in organising the march. 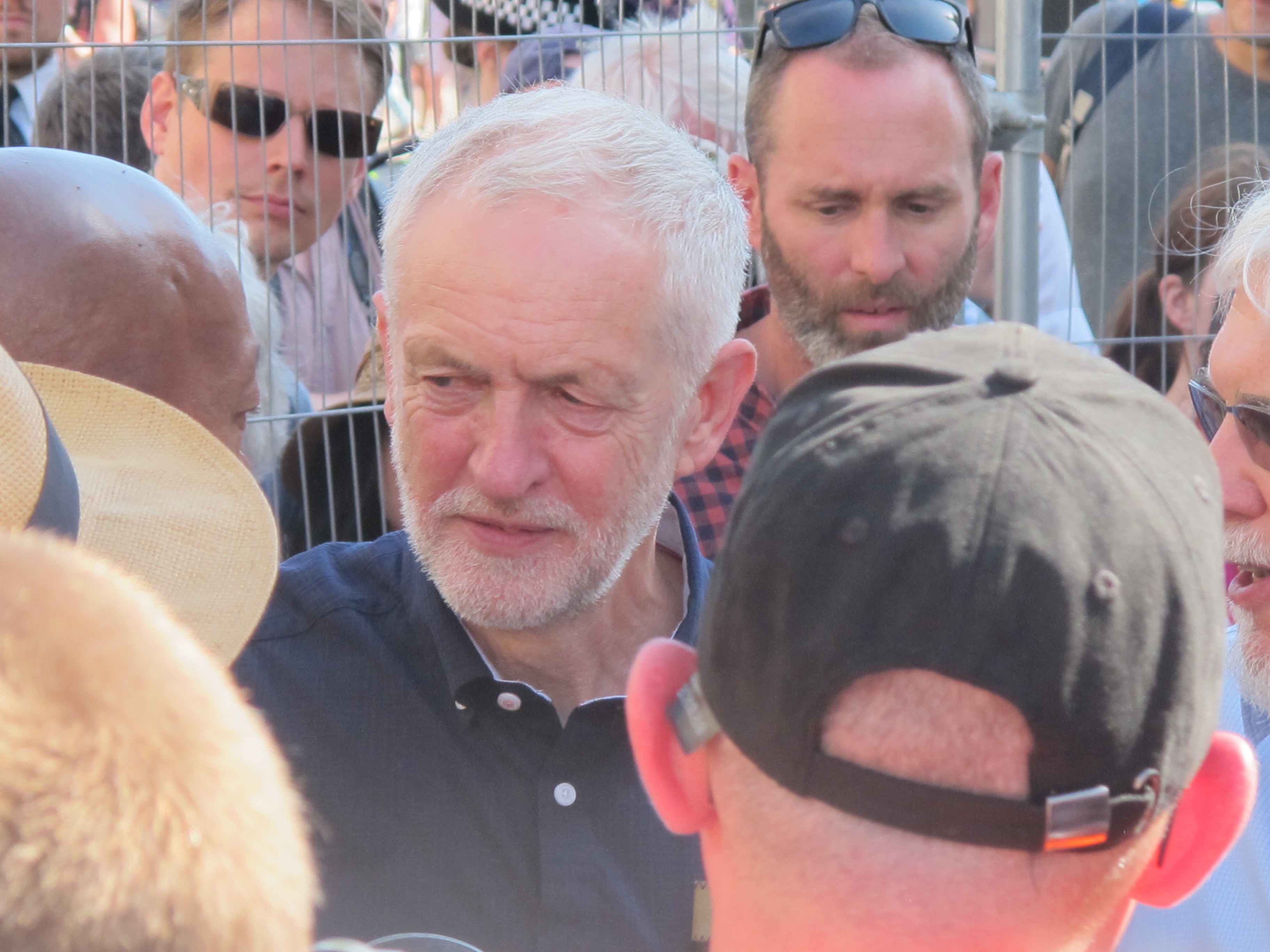 Happy Birthday to the Windrush Generation 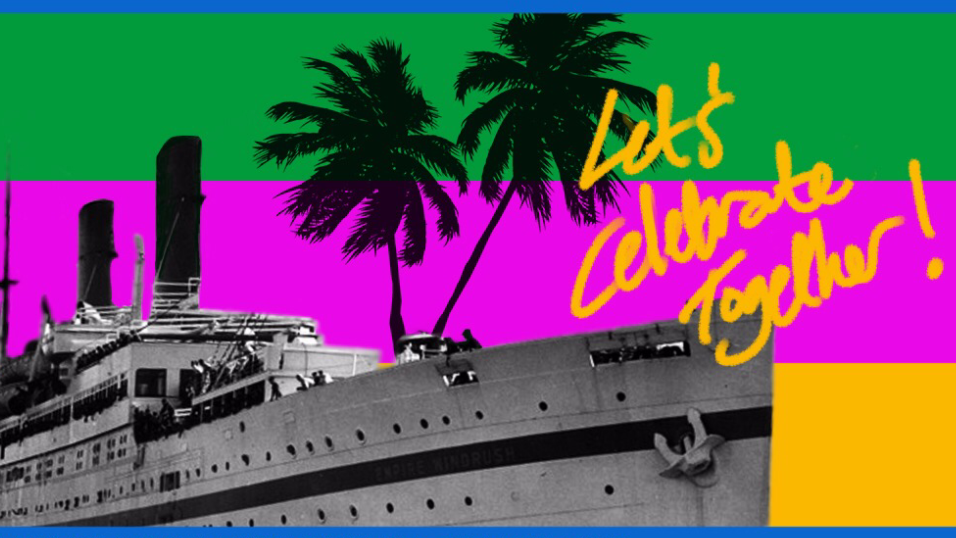 This year we celebrate annother anniversary that is inextricably linked to Our NHS. On June 22 1948, two weeks before the NHS was founded, the Empire Windrush docked at Tilbury, bringing the first wave of immigrants from the Caribbean.

Our press and media officer Samantha has written a piece in celebration of the Windrush Generation and their huge contribution to our NHS that can be found on the KONP website.

Colin Hutchinson, Allyson Pollock, Sue Richards and Graham Winyard who, alongside Steven Hawking, bought Jeremy Hunt and ACOs into public scruitiny by calling for a Judicial Review (JR4NHS) have released this statement to their supporters following the Judge’s ruling.

The result is understandably dissapointing but they have started a process that will hopefully gain momentum, thanks to them for all their hard work, to Peter Rodrick and to all of those who donated or supported the JR 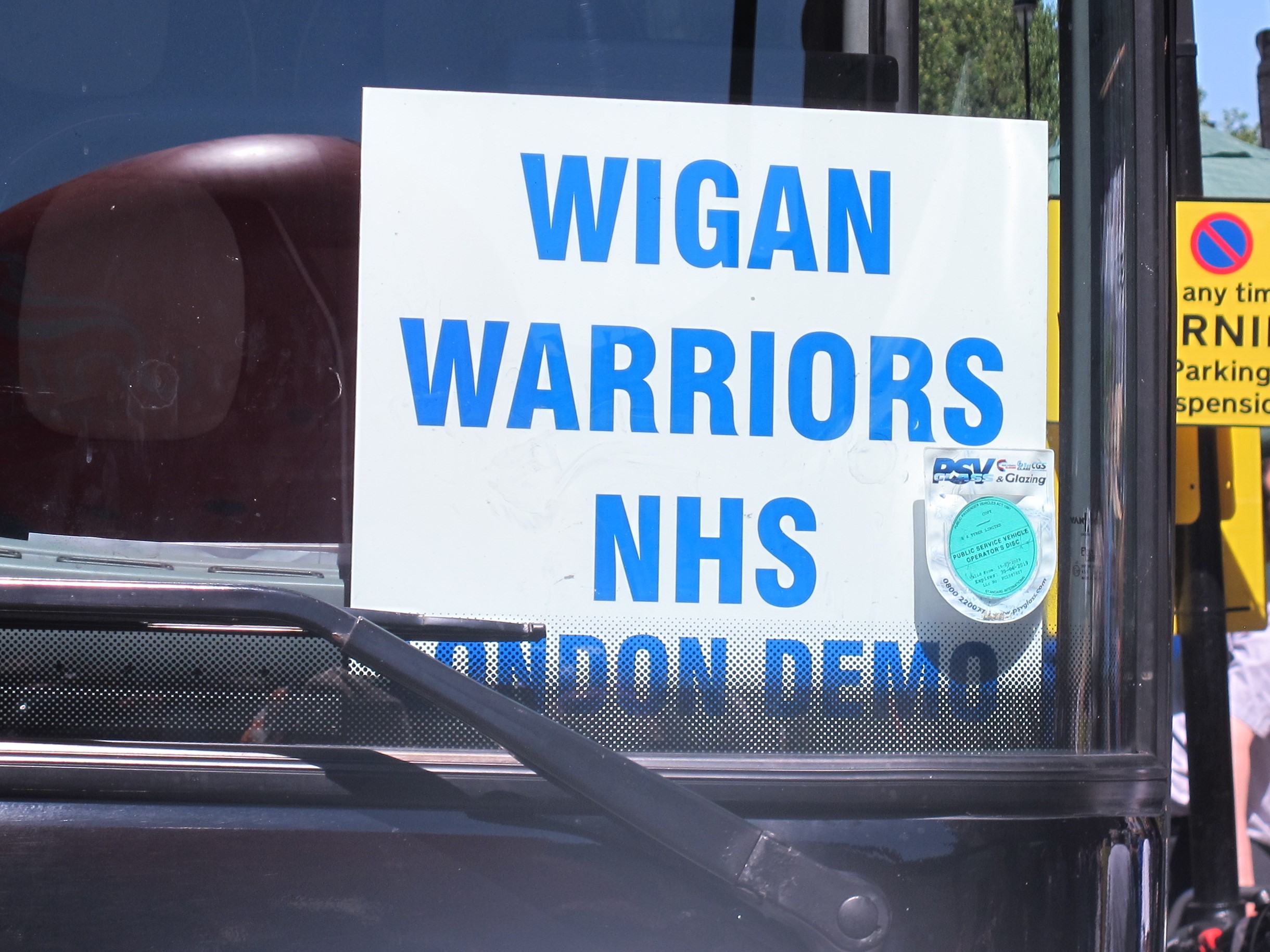 Hundreds of NHS staff in Wigan have taken to the picket line in response to the Government’s outsourcing of services at Wrightington, Wigan and Leigh (WWL) NHS Trust. Upwards of 900 staff members are due to be transferred to a “wholly-owned subsidiary company” WWL Solutions. As such, staff are striking to protect their terms and conditions and the living standards of future generations of hospital staff, and to stop NHS outsourcing to private companies.

The 5 day walk out took place from the 27th June to the 2nd July and a further seven day strike has been announced with union members set to walk out at 6am on July 17th. If you are in the area please consider going along to support the picketers.

This sort of action is so important in the fight to end The Government’s stealth privatisation and a win here could do so much to start reversing the tide of privatisation in the NHS. Well done to everyone involved.

The strike has received wide media coverage garnering articles from the likes of BBC News and ITV News . Wigan Today have been reporting on the ongoing situation and write regular articles with updates on the picket.

You can donate to support the strike here. 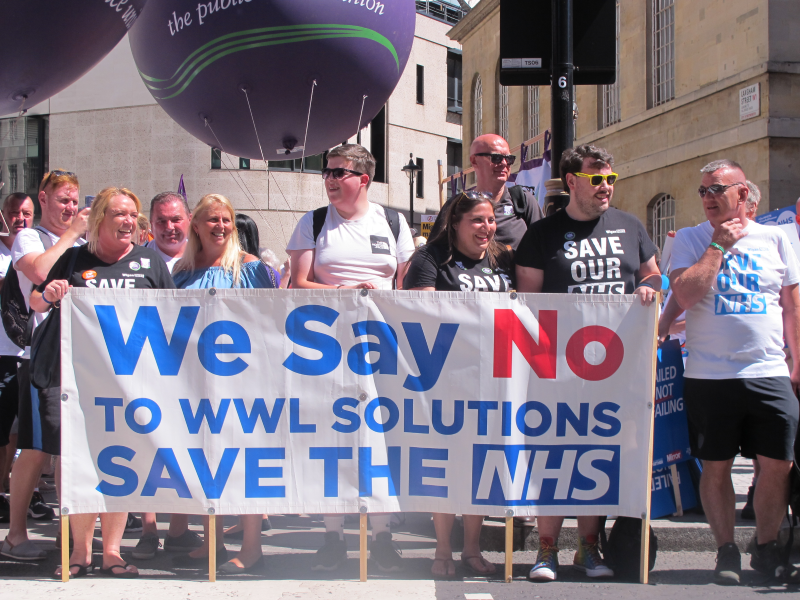 The Keep NHS Public Birmingham protest at the Midland Met Hospital yesterday was a major success with 100 people from diverse communities in attendance.

The organisers sent us the follwing update from the day:

There was a very positive response from passing traffic and many people held pro-NHS placards. The protest was well supported by Unite WM and Unite Community, Birmingham.
A special poster demanding a government takeover of the collapsed PFI/PF2 hospital project following the Carillion catastrophe was produced for the event.
We marched a short distance from the protest site on Grove Lane to the entrance of the hospital where we were addressed by campaigners, local activists, a union official, a local Labour councillor and a representative of Disabled People against the Cuts.
The question many people are now asking is “what are our local politicians doing about the hospital collapse?” 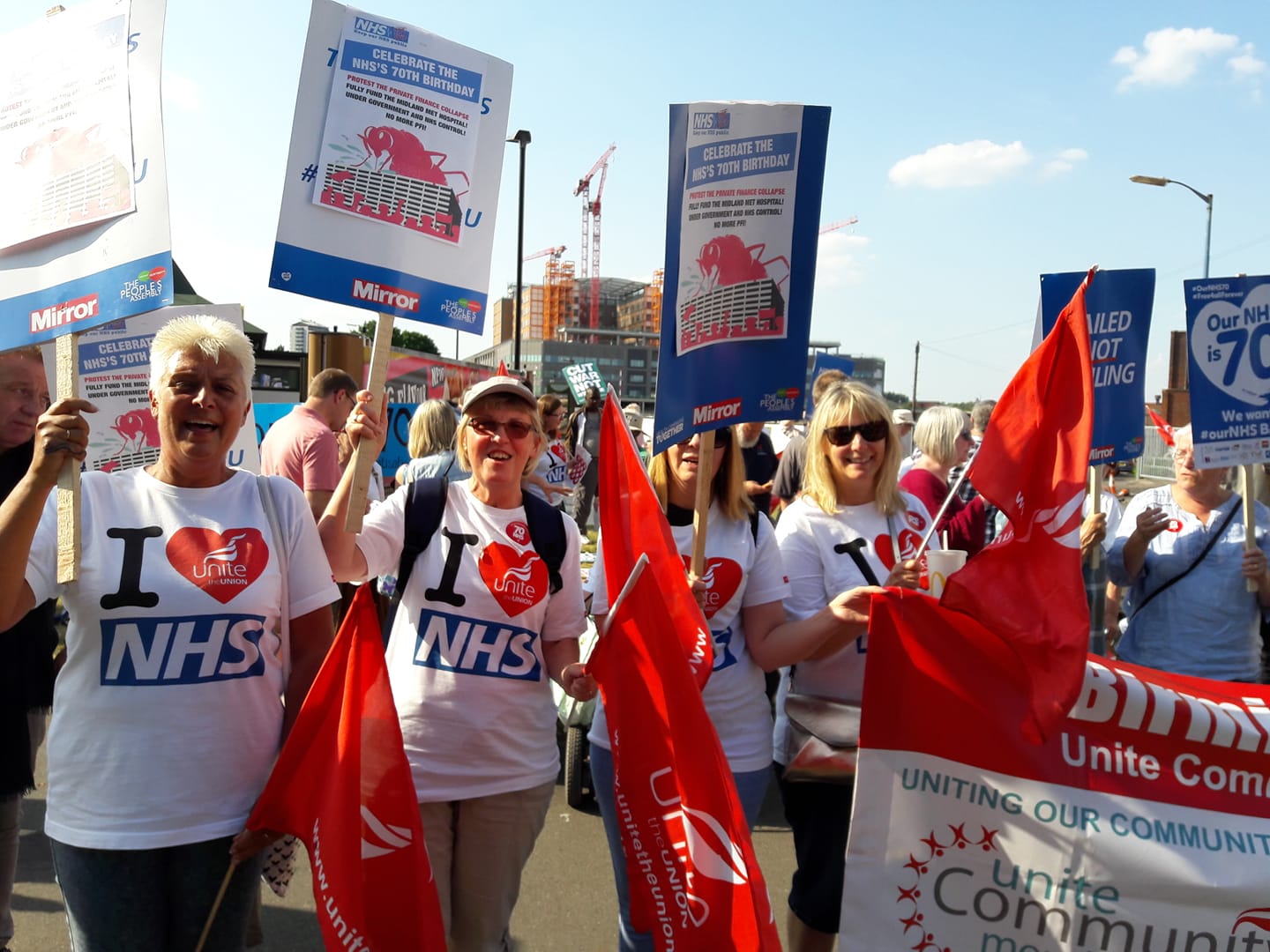 Defend Whittington Hospital Coalition (DWHC) has been campaigning to keep Grenfell construction company Rydon out of their hospital. In 2017 Whittington Health announced that they would be teaming up with the firm linked to the Grenfell Tower fire and DWHC began protesting in earnest.

Through their stirling efforts DWHC has succeeded in getting Rydon out of their hospital!

They made the following statement on their facebook page:

We won! Rydon are OUT of our hospital. And the Estate Strategy will be managed in-house as we demanded. Here is their statement full of legal lingo. If or when Rydon sue for breaking the agreement or whatever we will be on the streets. Incompetent chair and Board for agreeing to Rydon in the first place!

Well done to all involved!

Join Keep Our NHS Public and other campaign groups in their support of the NHS Reinstatement Bill reading on the 11th July. KONP will bring sound system. The presentation of the bill by Eleanor comes after PMQs and follow-up questions, we are advised this is very unlikely to be before 13:00.

We hope that Eleanor and maybe other MPs may be able to come out to say a few words during that time, though it depends on the timing of the events.

For unavoidable reasons, this call to you confirming our original plan is late, but please do what you can to come along or to spread the word. A few banners, placards and people willing to join in will be really welcome and can further the campaign on social media.

Please see the Campaign for the NHS Reinstatement Bill’s website for more information on the bill and its supporters.

Please see this leaflet from Save Liverpool Women’s Hospital Campaign.

You can also visit their website or Facebook Page for more information on the campaigning work they do. 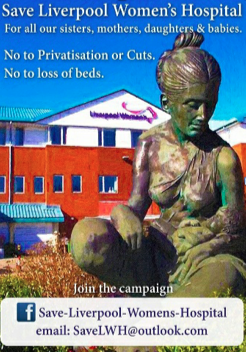 The organisers aim to bring together as many public services, organisations and unions together to show their collective outrage against the destructiveness and inhumanity of this Government’s policies and to show solidarity with those whose lives have been, and are being, and will be destroyed.

We are thrilled to welcome Tom Griffiths to our ever growing staff team. Tom is joining us as Campaigns Manager and he can be contacted via [email protected] or on 02072414443 (ext. 210) on most Tuesdays, Wednesdays and Thursdays. Tom brings a wealth of experience to our operations and we are over the moon to have him. Welcome aboard!

Will you join us, become a member, or donate?

Thank you to everyone already supporting us. To everyone, we need your help more than ever. Please consider helping us in our campaigning by joining as an individual member and/or donating. There are many NHS-related appeals at present. But please remember KONP and consider a regular contribution however small – even £1 per month helps secure our ability to campaign. For instructions on how to join or donate please head here.