The news leaked this week that hotel beds are now going to be used for NHS patients, signals that this crisis is getting worse, not better, and will create enormous pressures on NHS staff who are already struggling to cope, writes nurse and Secretary of NHS Staff Voices, Iain Wilson.

The top stories over the last two days have been overwhelmingly tragic, and all the more so as so much misery and loss of life could have been avoided, were it not for the insidious hunger for profit at the heart of so many of this government’s policies.

There was outrage at the beginning of the week over news that the con men of Chartwells, the company at the centre of the ‘woefully inadequate’ free school meals programme, who could not resist pilfering grotesque profits when asked to feed the poorest children. Chief Executive Dominic Blakemore, the boss of the company was earning £4.7 million pa before the pandemic and despite loses in income due to the pandemic, is still earning 54 times pa more than his median employee salary of £21,000. Literally while kids are going hungry.

We have now also hit the milestone of the deaths from coronavirus of over 1500 people in a single day.

And now comes news of budget hotels being converted into hospital wards for patients awaiting discharge. At face value this revelation doesn’t seem quite as biblical but is nonetheless, a powerful reminder of what damage the government was been doing to the NHS already, B.C. (Before Covid).

Despite re-positioning himself of late as the voice of reason in the government’s Covid strategy, Jeremy Hunt, Conservative Health Secretary from 2012 up until 2018, was the architect of hospital closures, and the drastic cuts in NHS beds and staffing levels which are only the most destructive examples of his legacy. Not forgetting his war against Junior Doctors that is.

Since 2010, and the unleashing of austerity by Conservative and coalition governments, they have closed 17,000 hospital beds. The zeal with which Jeremy Hunt closed hospitals was never more apparent than when he tried to close Lewisham Hospital, despite having no clinical cause or jurisdiction, and despite the closure of a nearby hospital only three years before. It was purely to make savings (i.e. avoid paying for universal healthcare).

As a nurse throughout this time, I worked around the impact of relentless closures and staff shortages. I treated patients in corridors in the winter, covered two full-time jobs on part-time hours, and every year or two, received notifications of bed, service and ward closures that forced me to change jobs. Other NHS staff have cried, again and again, that our work has become like a war zone. Even the Red Cross said it amounted to a ‘humanitarian disaster’, as they deployed volunteers to relieve bed pressures back in 2017. But the Conservative Party –who lest we forget opposed the creation of the NHS –continued to waste millions and millions of pounds trying to close hospital bedseven when to close any more would have devastating effects on staff and patients.

The ratio of inpatient beds to population is among the lowest in the developed world – out of G20 countries, only Indonesia, Mexico and India have fewer beds than us. Germany, however, in contrast has more than three times as many beds. Only Poland has fewer Doctors and nurses per 1,000 people among OECD countries. 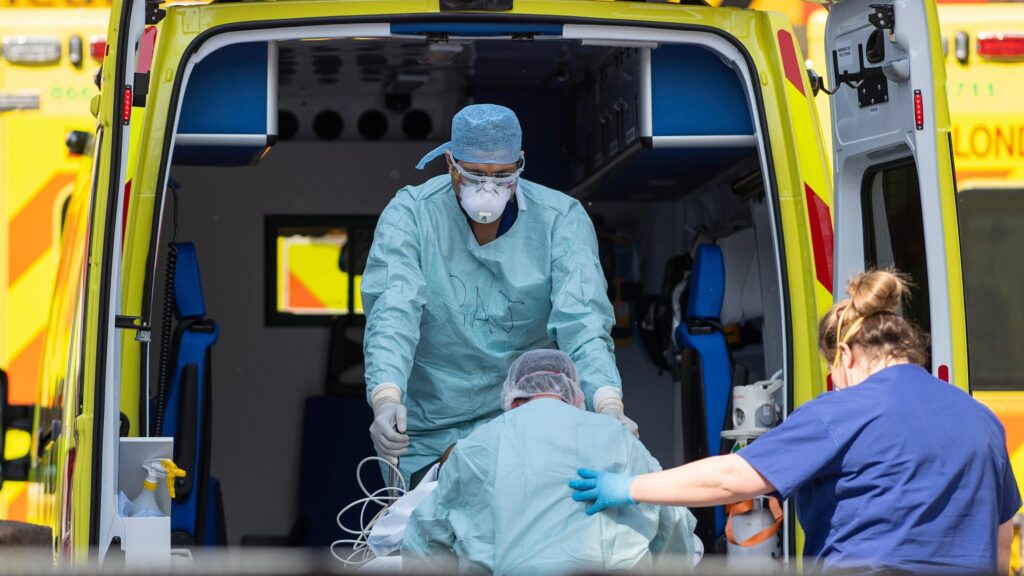 I was speaking to a friend in community nursing today, who had spent the day trying to redeploy scared staff into ‘hospital at home’- the name for services that take patients who would formerly have been cared for in a hospital bed, like those who will be transferred to hotels. Nursing staff are not only scared for themselves, but they are scared to make mistakes, scared of the consequences of doing something wrong without enough support, scared things are going to get worse and scared for their usual patients who may wait months for the NHS to recover.

Community services are in chronic need. Before the pandemic, they had already lost 42% of the nurses and matrons they had in 2009. Despite all the ‘savings’ made by Conservative bed closures (not to mention the clinical benefits of receiving care at home), district nursing has remained short-staffed and underfunded, with never-ending vacancies – because the Conservative agenda was always driven by cuts, not by care, inside and outside the hospitals.

Meanwhile, during the pandemic, private sector Doctors have been content to sit tight and ‘take the piss’. During the first wave, the private sector left two thirds of their capacity unfilled, but instead of returning two thirds of the fees received, they have negotiated exorbitant profits behind the backs of the NHS- which has been embroiled in a struggle that only bears comparison to war time.

In that context, it should barely be news that hospitals have no more places or people to care for patients. Best Western hotels have offered to paper over a healthcare chasm because the world is watching. The government totally failed at ‘controlling the virus’, setting up test and trace and PPE systems that enrich their friends but infect our children.

Meanwhile, the NHS was entrusted to not exceed capacity. It achieved this during the first wave by immense fortitude, intelligence and teamwork. It almost makes me weep, to remember the efforts people have made from top to bottom. But we cannot make hospital beds by a miracle- especially when the government has spent a decade taking them away.