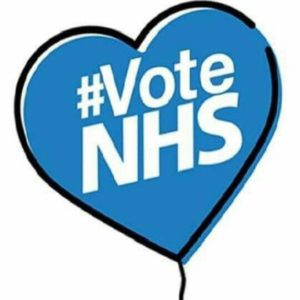 Something of a distraction given the amounts at stake as a percentage of NHS spend (under 1%).

Naylor Report is privatization by the back door

Tax Research UK; hardly a hard-left outlet, spelling this out

Guardian. On the Royal College of Surgeons report

NHS needs culture shift if it is to function properly

Guardian. Hard to do that when market forces are forcing trusts to compete with each other…

Why cant doctors admit Tory NHS cuts are a myth?

Mail. Oh dear. Blame the sick. Blame the obese. Blame the poor. Blame everyone for taking the NHS for granted. Blame all but the privileged few and the corporate mighty. Welcome to the true narrative of the new right. An unpalatable glimpse of the fight we face if they get back in.

National Health Executive. Hardly surprising given crafted rants like the last one, is it?

News and Star (Cumbria). Including quote from KONP Cumbria, well done. Even the headline boasts success!

Hundreds march through Colchester for the NHS (local)

Sincere apologies for the long delay since the last summary but it has proven difficult to find the time with so many other conflicting priorities. This goes back one week but there has been a sustained presence in the media over the past months. Hopefully they can be issued more regularly. Press enquiries continue to be made nationally, increasingly for advice from national outlets, but coverage is by far mainly local, as the national press is dominated by the actions of the national parties and personalities; local press are naturally more inclined to seek comment on local issues to KONP groups.

These summaries provide a guide to the main stories in the preceding week, but you can get alerts sent about health stories to yourself every day. This is done through Google news and Google alerts: free services anyone can set up. To find out how to do this, go to the Steering Group, News & Events section on the KONP website (http://keepournhspublic.com/support-konp/steering-group-page/news-events/ ) and look for the “starter set of instructions”.

Mobile devices also have free apps that provide news, which you can filter with varying degrees of control.