Mark Thomas’ new one man show on the NHS at 70 at London’s Arcola Theatre, is based on a series of interviews with leading experts and activists. Mark explores our NHS to see where we are, where we are going and where we should be in a funny and inspiring production.

Under Nicholas Kent’s skilled direction the show adeptly takes the audience through the history of Our NHS and neatly conveys the political decisions that have led to its current state – through it emphasising the devastating effects of PFI, underfunding and the 2012 Health and Social Care Act and recognising them as the damaging milestones they were.

In just 75 minutes Kent and Thomas manage to paint an overarching picture of the NHS; its conception, changing structure and the importance we all place on it as part of our national identity.

Thomas recreates his experiences researching the NHS for the show. In a Verbatim Theatre style he stages (or plays on a screen) interviews with GPs, A&E doctors, dementia nurses, the Head of the Kings fund (Chris Ham), former Secretary of State for Health under Tony Blair (Frank Dobson) and many others.

The show is full of facts that won’t surprise some NHS activists but will shock the general public. For instance, Epidemiologist Michael Marmot tells Mark that in Kensington life expectancy is 22 years shorter in the Grenfell Tower area than it is by Harrods, a mere three miles away.

Among the interviewees are prominent NHS activists such Health Campaigns Together Secretary Dr Aislinn Macklin-Doherty and activist Dr Jackie Applebee were interviewed in the roles as Health Professionals.

A stand out moment is when Thomas asked Chris Ham what the benefits are to privatising the NHS, following an explanation of Andrew Lansley’s plans to privatise using electric and gas provision as a blueprint, Ham’s response? An emphatic “Nothing!” 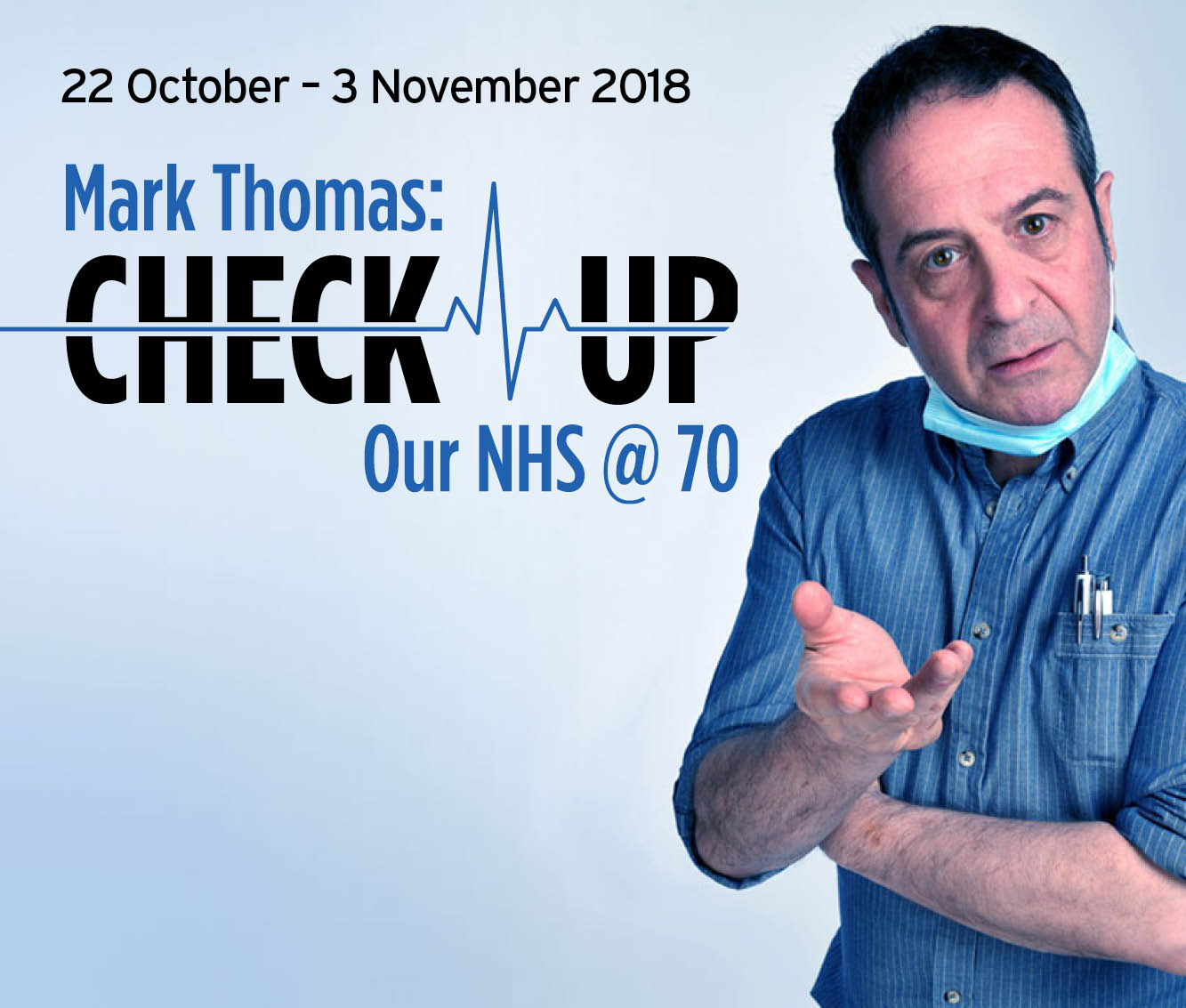 The well paced production does a wonderful job of displaying the peril Our NHS is in in the hands of the current government whilst also giving voice to the absolute commitment, kindness and care that those who work in it demonstrate on a minute by minute basis.

Informative, funny and often poignant if you care about the NHS this well researched show is a must see.

If you are based in London and you haven’t yet got a ticket to see comedian and activist Mark Thomas in Check Up Our [email protected] at The Arcola Theatre in Dalston you may want to think about doing so now before the run ends on the 3rd November.

You can get tickets here.

Mark will also be performing the show in Bristol in February.