The Government has declared that Social Care is part of the family of the NHS. The last time many of us heard that expression was from hospital managers trying to persuade striking porters, cleaners and technicians that they weren’t really being kicked out of the NHS into a Wholly Owned Subsidiary. What looked remarkably like a grubby effort to sacrifice committed NHS staff for the sake of some savings on VAT and a chance to tout for private income was badged as a shift into being second cousins many times removed.

We castigate Government for forcing NHS workers to manage unprecedented pressures on the NHS with one hand tied behind them after ten years of draconian underfunding, a shortage of over 100,000 staff, fragmentation and creeping privatisation. However Social Care got there first. Hudson notes in Critical Social Policy (1) that Social Care was the first major post-war policy domain in which state provision was decommissioned and replaced by a market model.

The job done by the Health and Social Care Act 2012 on throwing health wide open to marketisation was done by the 1990 National Health Service and Community Care Act which recast Local Councils as enabling Authorities not providers of social care services and attached a requirement to funding that 85% should be used on external purchase of care services from the private sector.

The net result has been that we now have just over 400,000 residents looked after in 15,517 homes run by more than 5,000 different providers,(2) at least 80% of which are private for profit companies,  generally using debt laden business models.  Many complain of underfunding but Vivek Kotecha from the Centre for Health and the Public Interest notes (3) that out of a total annual income of £15bn, an estimated £1.5bn (10%) leaks out of the care home industry annually in the form of rent, dividend payments, net interest payments, directors’ fees, and profits before tax. Many of the 26 big care home providers use complex company structures to maximise leakage and hide profit extraction going to owners, investors, and related companies some of which are off shore tax avoiders.

The situation in home care is even more diverse with around 9,000 constantly churning, regulated providers trying to support more than 600,000 people in their own homes. (4)  Funding to Local Authorities has been reduced by over £7bn since 2010, thresholds for assistance have shot up and fewer older people are receiving support - already down 26% between 2010 and 2016. (5)

There are 1.6m workers in Social Care; a quarter of them are on zero hours contracts, 17% are from overseas and average pay is just £8.10p per hour in the independent sector. More than 120,000 posts are unfilled, the whole sector is heavily dependent on agency staff and turnover is 30.8%. (6) Though the Department of Health and Social Care’s guidance 2018 states that Local Authorities should encourage training and development of care staff, providers are not formally required to offer development opportunities to staff and local authorities lack the strategic ability to require compliance. They also lack any capacity to act as a backstop or safety net when private providers fail.

In the face of the pandemic it is not surprising this Cinderella service has been expected to catch the people that the hospitals have had no capacity to manage nor that many care home managers  are  saying that they are last in line for PPE, although dealing with an increasing number of very sick and vulnerable people.

A ray of light in all this mess is that Social Care is belatedly in the spotlight, its raggedness and its beauty both exposed. There has been widespread concern that disabled people are being unduly targeted for ‘Do Not Resuscitate’ notifications, that heavy reliance on casual and agency workers who move from home to home is hazardous, that people who could not survive without the personal assistants they employ cannot be left to “sort themselves out” and that emergency coronavirus legislation overrides hard won rights for disabled people. Meanwhile miserably underpaid staff have continually gone the extra mile and been awarded a badge which might just help some of them get charitable gifts of food instead of having to rely on food banks!

There is also fresh recognition that what is really essential to all of us, health, care, love, kindness, dignity, independence, values skewed by  the endless pursuit of profit for the few have been tipped back up on their feet and grass roots community organisation has asserted itself.  “We” has trumped “I” and creativity has flourished street on street.

Without underestimating the powerful forces that will start to slap this down once the immediate threats have faded we nonetheless have a head start in campaigning not just for re-building but remodelling social infrastructure.

With social care the remodelling is important and not just icing on the cake. We need to learn from disabled rights activists who consider the very notion of social care is rooted in an unequal power relationship between those seen as vulnerable and needing “care” and the system which provides support. Reclaim Our Futures (ROFA) and other well established voices of  disabled people  have long campaigned for a right to independent living, not to be conflated with living independently. This is rooted in article 19 of the United Nations Convention on the Rights of Disabled People, which affirms that disabled people of any age – and that includes many of us as we get older- should have the same choice, control and freedom as any other citizen – at home, in work and as members of the community.

Unfortunately the notion of personal choice now comes wrapped in a poisonous cloak of individualism and commodification; so while we must start with one foot firmly rooted in human rights the other must be equally firmly rooted in community action, collective not individual responses, genuine democratic co-design, production and management of services.

This approach does not lend itself to integration with health, calls for which usually come through the lens of what is seen as the increasing problem of older people. As Simon Duffy has noted in “Against Integrated Care” (7) social care is a different kind of public good from health with its own distinct logic. Parents of children with disabilities have looked towards integration with education not with health.

It also raises issues in attempting to set up a national care service.  Reclaim Social Care has concluded that we need to have a national framework of rights, entitlements and safeguards underpinning largely local delivery of support. This too is a message that should have wings in the wake of a burgeoning recognition of rather lost notions of genuine community care and creative neighbourhood networks. 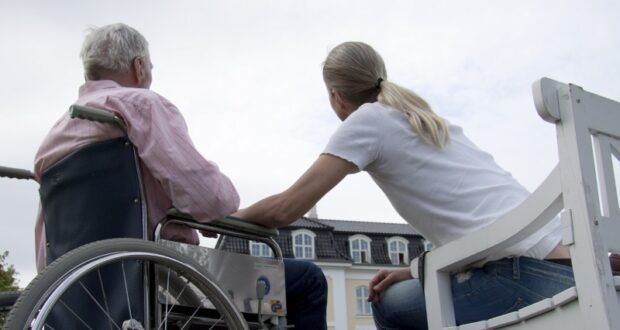 So what is to be done?

Immediately we need to press the Government to

We also need to start gathering support to press for a dramatic upgrading and re-visioning of Social Care, Support and Independent Living – even a revolution in social care!  This must include