Share this post..
In a shocking report it is now revealed that suicides have risen to a 16-year high across UK. The increase is largely driven by suicides among boys and men, while self-inflicted deaths among females under 25 also see a considerable rise, reaching highest rate on record for their age group. Perhaps most devastating of all is the figure that over 200 school age children each year are currently lost to suicide. This is a damning indictment of devastating NHS de-funding and privatisation and 9 years of austerity by this Conservative Government.
Keep Our NHS Public, Health Campaigns Together, Mental Health Time for Action have therefore called an EMERGENCY PROTEST this World Suicide Prevention Day to say END THE SUICIDE CRISIS NOW.
FACEBOOK EVENT
JOIN US
12:30pm, Tuesday 10 September
College Green
Abingdon Street Gardens,
5 Great College St,
Westminster, London SW1P 3SE
PLEASE NOTE CHANGE OF VENUE: 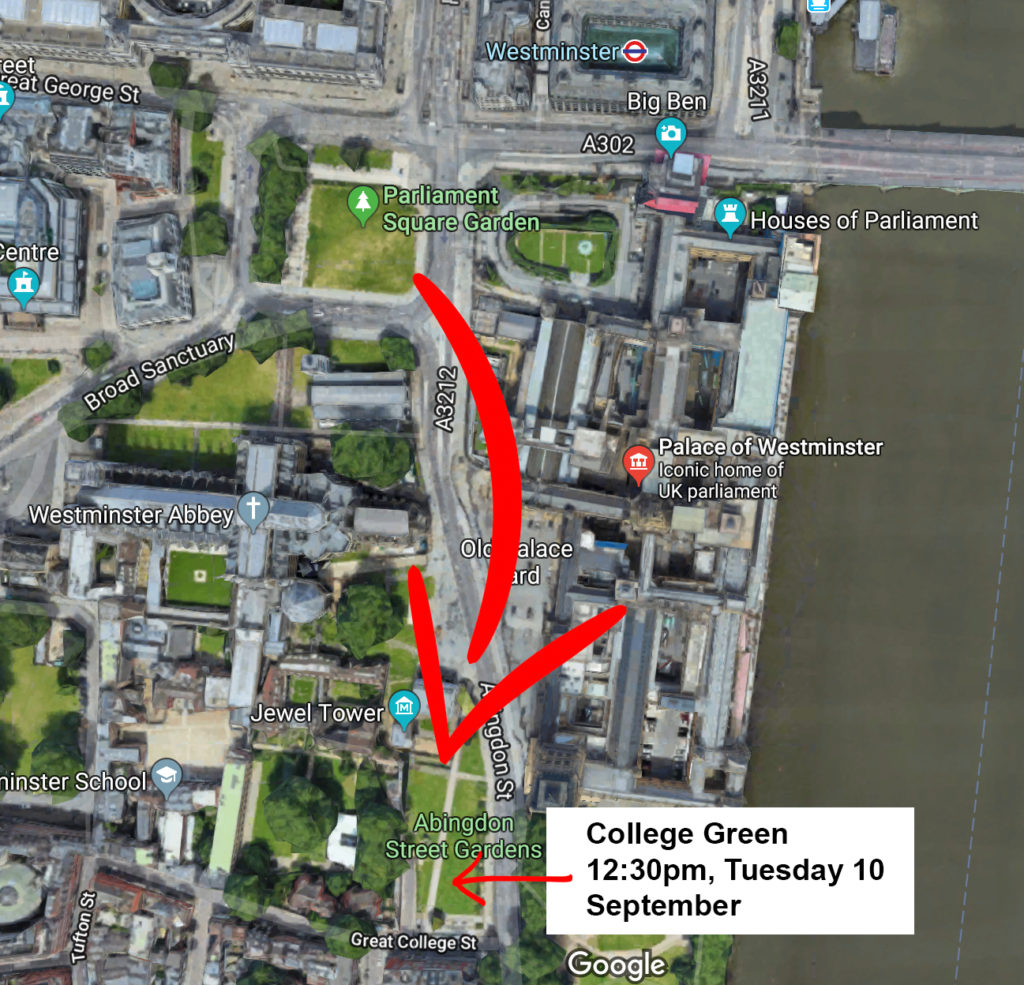 College Green
Abingdon Street Gardens,
5 Great College St,
Westminster, London SW1P 3SE
We'll be putting 200 pairs of shoes out on Parliament Square... so please bring any spare you may have to add to our memorial. 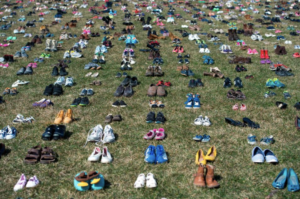 This adds extra urgency to the Mental Health Crisis Summit on Saturday 28th September, a important event that will be bringing together service users, NHS workers, medical professionals, campaigners and the labour movement to demand an end to the mental health crisis that the fault of Conservative Party austerity policy since 2010.
BOOK NOW 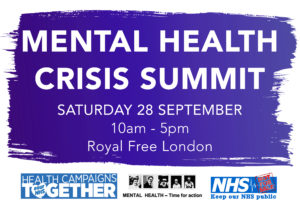 According to official figures from the Office for National Statistics (ONS) released this week the rate of suicides has risen sharply to the highest level since 2003. Most shockingly of all the data shows that over 200 school age children are dying by suicide each year. Suicides among young people (those aged 10-24) has reached a 16 year high. The rate for young females has risen to its highest level, 3.3 per 100,000. Every life lost is not only an individual tragedy but one that effects many others including family, friends and the wider community.
Yet suicide is not inevitable and is preventable. We believe athat the government can and must now treat this crisis as a public health emergency.
Read more about the statistics here in the Independent, the Centre for Mental Health and from the Office of National Statistics.
On 10th September, World Suicide Awareness Day, Keep Our NHS Public (KONP) Mental Health- Time for Action and Health Campaigns Together (HCT) will be gathering outside parliament to highlight, what we believe is a public health crisis. Although the reasons behind each individual suicide are complex and wide ranging there is much that can be done to tackle many of the underlying causes.
We will be demanding:
See you there!
If you're interested in attending the Mental Health Crisis Summit, we urge you to BOOK NOW as tickets are selling out fast.

Chronic underfunding has pushed mental health services to the brink, and the problem is getting worse. Understaffing, cuts and failure to provide early interventions for mental health patients is putting unprecedented pressure on A&E departments, emergency services and beds. Patients are being forced to travel further, and suffer worsening health, as they wait longer for treatment.

We've called an urgent one-day conference in September this year to take a closer look at the mental health crisis:

Get your tickets here