(Reproduced with permission: first published in Political Quarterly 1st May 2018)

On the 4th July, the National Health Service will celebrate its 70th birthday and there will be much fanfare and celebration. The NHS has been described as one of the greatest social achievements of the 20th century with its promise to care for the British people from cradle to grave. But all is not well.

The NHS was established as a publicly funded, publicly provided and publicly accountable service but the systems and mechanisms which ensure health care for all are now being progressively dismantled and NHS funding is being reduced and diverted to private operators and their shareholders.

Despite a rising tax base – the population has increased by 2.5 million and is predicted to grow by 440,000 a year over the next ten years health care needs are not being met. This is because the government has taken a political decision to reduce NHS services so that those who can pay will pay and go privately.

The visible signs of reductions in funding and diversion of funds to private operators are the closures of hospitals, GP surgeries and community services and sales of NHS estate. NHS England has cancelled tens of ­thousands of hospital operations, much needed operations which in turn are creating the biggest backlog in the health service’s history. A&E services are in a near permanent state of crisis on a daily basis and on many days some hospitals report having no hospital beds available with bed occupancy levels over 100 per cent.

All the key indicators within the NHS worsened over the last few years, with waiting lists reaching 10-year highs. A shortage of doctors, nurses, beds and care packages for elderly patients means that black alerts, trolleys in corridors and dangerous safety levels for patients are at a peak. What was once confined to winter is now an all-year-round occurrence.

As financial and operational performances deteriorate any additional resources allocated to the NHS by the government are being used to bail out hospitals with large deficits and enormous annual PFI charges. Precious NHS resources are being squandered on management consultants, lawyers, accountancy firms, PFI contracts and commercial contracting. Commercial contracting creates waste and fragmentation of care and risks are passed from commissioner to provider to patient like a sinister game of pass the parcel.

Faced with large financial deficits NHS managers holed up in their offices and board rooms look at how they can use their new powers to generate private income – now that NHS foundation trust hospitals can generate up to half their income from private patients and other sources. At the same time Foundation Trusts are undertaking more privatisation and entering into joint ventures and creating companies to transfer staff. 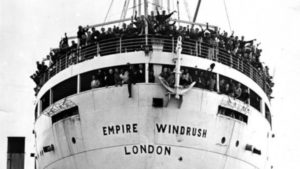 The fear of the financial costs of ill health is rapidly returning. The principle of a universal healthcare system free at the point of use is broken. This government has ushered in a creeping reduction of universality, with the withdrawal of entitlements and demonisation of ill people, old people, immigrants, asylum seekers, refugees alongside the incremental rationing of care, for example Windrush migrants and introduction of health care migrant charges. For 70 years people were treated on the basis of need not screened for their eligibility.

The government’s new plans for health care, which are being rapidly introduced and without proper public debate or parliamentary scrutiny, turn on new models of care are drawn from the US – the most expensive and unfair system in the world.

These new models labelled and relabelled ACOs, STPs, ICS, ICPs, MCPs PACs have one endpoint – the Accountable Care Organisation. The government plans to drum up billions of pounds and award giant contracts for at least ten years to private for profit providers.

The NHS is being fragmented, undermined and decimated. There are no countries that provide universal healthcare on this basis. The legal basis for shifting commissioning functions to non-statutory bodies is currently being challenged in the court and the hearing of the judicial review will be heard on 23rd and 24th May, funded by the public.

The Health and Social Care Act 2012 removed the duty on the Secretary of State to provide universal health care throughout England and ushered in market competition. It dismantles the NHS. Only parliament can restore what parliament has taken away and this needs legislation.

Reinstating the NHS in England

This is why it so important to support the NHS Bill which will be tabled as a private members Bill on 11th July by Eleanor Smith MP.  This Bill reinstates the NHS. It will reintegrate services within contiguous geographic area based statutory health bodies making them publicly accountable to local people and to parliament. It will reinstate the duty on the Sec of State to provide universal health care throughout England. It will restore the principles of fairness for all which has been the hallmark of the NHS. It will restore needs-based planning for geographic populations. It will abolish marketisation and commercial contracting. It will abolish the internal market and Foundation Trusts and centralises PFI debts making them the responsibility of the Treasury.

The intergenerational unfairness which has made individuals responsible for long-term care must be remedied and means testing and privatization of care ended. Mechanisms for public accountability must be renewed.

We should restore the founding principles of the NHS through national terms and conditions of service for doctors and all NHS staff. Above all, we must allow professional standards to thrive since these are the basis of public and patient trust.

In its 70th anniversary year, what the NHS requires is not reform but revolution – a quiet, collective revolution that brought the NHS into being in the first place.

Kailash Chand is honorary vice president of the British Medical Association (BMA) and has worked as a GP since 1983.

Allyson Pollock is an academic, public health doctor, and leading authority on PFI.

Allyson is one of the complainants taking NHS England and Jeremy Hunt to judicial review 23/24 May at the Royal  Courts of Justice, The Strand, WC2R 2LL. @JR4NHS supporters will be convening outside from 9am for a dignified visible presence outside the court and those that wish to do so may observe court proceedings from the public rows.