Dr Ameen Kamlana on why Babylon Health App is a serious risk to patient safety.

I think doctors have roundly rubbished @babylonhealth from the start because they are scared of the future. And the future it is. Patients like ease & speed & convenience & in this 24/7 world its what they expect from healthcare (rightly or wrongly)

Dr Hoenderkamp was referring to ‘GP at Hand’, a new NHS app by private digital provider Babylon. Launched in November 2017, GP at Hand promises the ability to “book an appointment in seconds” using your smartphone. Video consultations “are available 24/7 and you can usually be seen within 2 hours.” Those requiring face-to-face appointments may be seen within 48 hours at one of five GP clinic locations across London.

Contrary to Dr Hoenderkamp’s view, as both a doctor and a patient, I find the prospect of technological advancements that provide improvements in healthcare exciting. However, there are certain things about this new provider that NHS patients may be interested in knowing before considering signing-up.

Complaints have been made to the Care Quality Commission (CQC), with one doctor stating, “These flaws were so fundamental that I felt the clinical validity of the entire system should be questioned.” Babylon later responded to a critical inspection report by the CQC – which questioned the service’s safety and effectiveness – with the threat of legal action (subsequently dropped).

GP at Hand exploits the controversial 2015 GP Choice Scheme, which allows general practices to register new patients who live outside their practice area, without the responsibility for providing home visits.  Patients that register with GP at Hand have to de-register from their own surgery, withdrawing precious funding from community general practice in the process. 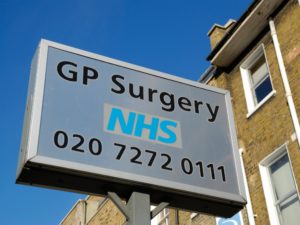 It provides a selective service that may be less appropriate for pregnant women, people with complex physical, social, and psychological needs, adultsadults with a safeguarding need… the list goes on. And it disadvantages those without access to or the ability to utilise the technology, e.g. the elderly, those with learning disabilities, and those with poor English language proficiency.

Babylon Healthcare Services Limited can be traced back to a holding company in Jersey, the offshore tax haven. And Babylon’s founder and CEO, Ali Parsa is a former Goldman Sachs investment banker, who was also the co-founder and CEO of Circle Health Limited – the company at the heart of the failed experiment to privatise the management of Hinchingbrooke Hospital in 2012, which resulted in compromised patient care and squandered taxpayers’ money.

The blurring of lines between public and private sectors in the NHS, and the development of a two-tier healthcare model are also evident in the enhanced service Babylon offer – private appointments with GPs, specialists and therapists to those willing and able to make one-off payments or subscriptions. 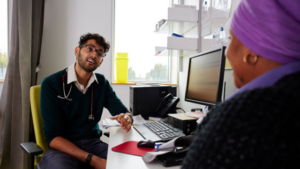 Developments in information technology and artificial intelligence have the potential to improve healthcare for all, and there is a role for private digital companies in designing systems for the NHS. But any new policies must be based on sound independent evidence, be shown to be cost-effective, and have undergone health equality impact assessments.

Though it is reasonable that patient preference for “ease & speed & convenience” be taken into consideration in policy-making, it is also the responsibility of NHS England and the Department of Health & Social Care to prioritise the needs of patients over their choices as consumers.

What the introduction of GP at Hand teaches us more than anything else is that we urgently need to modernise our institutions and make them fit for the 21st century, because NHS England is getting out of hand.

*This article originally appeared on Class Online, check it out here.