The NHS was born after times of great upheaval and is an amazing achievement. But inevitably it was not perfectly formed and there were some contradictions from the start. One great achievement was the establishment of a universal general practice service through which everyone had their own GP, providing personal continuing community-based health care 'from cradle to grave'. This proved highly popular and successful. However, the decision to keep GPs as 'independent contractors' to the NHS sowed seeds that would create problems in the future.

Since the inception of the NHS in 1948 GPs were independent practitioners providing services to the NHS, rather than being NHS employees. This was partly because most GPs did not want to become state employees and partly because most practised from their own homes, which could not be nationalised. And the government of the day wanted to prioritise the expensive task of upgrading the hospital sector (something still not completed) rather than building primary care centres. So it suited both sides for GPs to be independent providers and continue to operate from their own premises. Later, when purpose-built primary care centres came on the scene there was an opportunity to replace the independent status with direct NHS employee status, at least for those GPs working in the new centres. But that did not happen as there was little enthusiasm for it either from GPs or from the state.  Perhaps it was thought better to leave well alone as General Practice was doing quite well and in its heyday was often referred to as the 'jewel in the NHS crown'.

In practice, GPs became integrated into the new NHS, in what can best be described as a hybrid model combining elements of a private business and elements of public service. GPs, despite being independent contractors, were treated as quasi employees of the NHS, with their pay regulated by government through the Doctors and Dentists Review Body to be a salary equivalent to hospital doctors’ pay - and they were always part of the NHS Pension Scheme. From the beginning, GPs were not allowed to advertise or to sell their practice as a business (that is what the ban on 'sale of goodwill' means). These strict rules helped to prevent the commercialisation of General Practice and limited the money that could be made from it. GP practices were not companies. They had no shareholders and there was no scope for making huge profits: 'profit' was nothing more than a salary equivalent for the GP’s work.

Development of General Practice as a public service

General Practice evolved into a medical speciality in its own right, and GPs saw themselves, and their patients saw them, as medical professionals rather than businessmen and women. They were embedded in their communities for the long term, providing primary care for many generations of the same family. Patients experienced and perceived their GP as an integral part of the NHS. While quality could be patchy in some areas, overall what developed was an effective and popular system of primary care which had continuity of care at its heart. Quality issues were addressed by improved funding for premises, practice staff and practice development in the 60s, and the introduction of vocational training for GPs in the late 70s and 80s. General Practice thrived and research showed much evidence for the clinical and social benefits of continuity of care from a known practitioner.

All of that changed in England with the new GP contracts in 2004 including the introduction of Alternative Providers of Medical Services (APMS) contracts.  The independent contractor status, which had hitherto been treated almost as an accident of history with little practical importance beyond being an administrative method of funding General Practice, revealed itself to be the Achilles Heel – the fatal vulnerability that allowed the commercialisation of General Practice, and its takeover by large private corporations.

The new GP contract of 2004 broke the relationship between the NHS and the individual GP. Instead, there would now be contracts with GP practices as 'provider organisations'. Three contractual arrangements were created: GMS, PMS and APMS contracts. [1] In fact, prior to 2004, there was no GP contract as such. GPs simply applied to join the medical list and agreed to abide by the NHS GP regulations. After 2004, GP practices had to have a contract with the state. Other players such as companies limited by shares could also hold GMS and PMS contracts to provide GP services, as long as one member of the company was a GP. A new breed of GP 'doctorpreneurs' and private companies took advantage of the new opportunities provided by the 2004 contract. They set up practices that employed fewer and lower-paid clinical staff and took a bigger share of the contract income for themselves – extracting profits that would far exceed the amount that could be considered a 'salary equivalent'. Huge merged chains of practices under single company ownership allowed even great opportunity for profit extraction.

Despite the 2004 contract changes most GPs did not commercialise and they continued to provide services more or less along traditional lines. That doesn’t mean there were no developments or innovations. For example, over several decades there has been a widening of the primary health care team to include other health professionals such as practice nurses, but most GPs also continued to provide personal continuing care to their patients alongside the new team members. 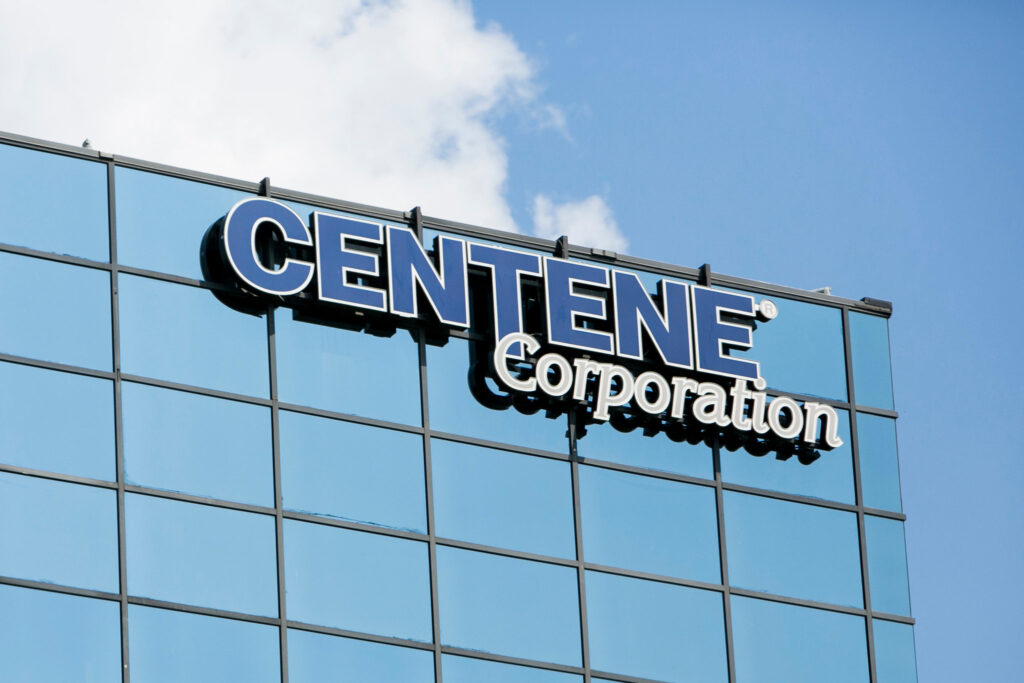 The 2004, GP contract reforms also brought in a new form of contract called Alternative Provider of Medical Services (APMS). This moved even further away from the traditional model and allowed the whole contract to be owned by a private company, none of whom had to be GPs or provide care directly themselves. This boosted opportunities for commercialisation and profit-making.  The APMS contract is for a fixed price but large amounts of money can be made by amalgamating many APMS contracts under a single owner, and practising methods to reduce costs, such as downsizing and downskilling the workforce. Many APMS contracts are owned by companies with shareholders who share in the dividends. There are now over 200 APMS contracts in England.

After the Achilles Heel, the Trojan Horse!

When APMS contracts were originally proposed it was claimed they were a way to innovate and bring new and better GP services into under-doctored areas. Whether that really was the aim, or just a plausible but misleading pretext, the actual effect has been to enable GP services to be taken over by large private companies.  APMS contracts, like other GP contracts held by companies, can be bought and sold through the sleight of hand of buying and selling the company that holds the APMS contract - or even the holding company that owns the company that holds the APMS contract! - thus getting around the ban on the sale of practices. That’s how AT Medics Ltd managed to sell their 37 practices in London to Operose Health,  a subsidiary of the mega US health insurance corporation Centene.

Their motivation may not just be to make money from providing General Practice. There are other opportunities for making money such as being paid for setting up 'new models of care', data harvesting, development of technological health care delivery, and much more. Companies like Operose have been contracted by the NHS both to advise on the purchasing of services and to provide services. This is a very cosy relationship, ripe for abuse, corruption and cronyism.

Operose already have contracts for twenty-one GP practices and several health services across England. Operose is a heavily loss-making subsidiary of the US-based health insurer, Centene Corporation which is registered in Delaware. Operose has paid no UK tax.  Centene could pull the plug on Operose at any time forcing the shut-down of a large number of GP practices.  In the USA Centene has been found guilty of fraud many times and is currently being sued by Ohio for fraudulent overcharging.  Operose Health’s publicity states openly that its market strategy is to exit NHS contracts that do not make a profit.  In one instance an Operose associate company pulled out of running Camden Road Surgery giving patients only 4 weeks to register elsewhere.

These companies have the creation of profit rather than the provision of care as their driving motivation.  They don’t see the value in the provision of personal continuing healthcare from a family GP committed to their community. It’s cheaper to provide fragmented care from a downsized and down-skilled workforce. That is why personal continuing care is the aspect of General Practice that has most withered in those organisations providing commercial GP services, including some of the ones run by GP 'doctorpreneurs'.

The advent of 'digital-first' services - whereby patients can access an unknown GP, based anywhere in the country and with no knowledge of the patient or connection with the community within which the patient lives, and with no ongoing responsibility for their care - is seen as the new model of 21st century GP care. If that can be combined with reducing demand from the patients that need the most care - mainly elderly people and those with long term conditions - by making access more difficult for them, limiting the range of treatments they can expect, and replacing their care with technological gizmos, then so much the better for profits.

The fact that there is no evidence that this model of care is efficient, effective, inclusive or even caring does not seem to matter. Nor does it seem to matter that the patients who most use and need health services were never asked if they wanted this model and that most doctors find it meaningless and soul-destroying, no doubt contributing to the collapse in popularity of General Practice as a profession for young doctors.

Back to the future?

This is why the claim made that GPs have always been private since the inception of the NHS does not explain the profound changes that have happened in General Practice over the years, and the risks facing it now - changing from a personal continuing community service, to a remote, impersonal, episodic one based on and driven by commercial values. These profound changes have been enabled and supported by contractual changes. If we want to reclaim and regenerate General Practice as a service based on public service, rather than commercial values, the first step is to abolish APMS practices and end the ability of practices to be owned, bought and sold by private companies.

We can debate the pros and cons of ending independent contractor status. A salaried GP option, employed directly by the NHS may be a good solution, but seems a long way off. In the meantime, reversing the changes brought about by the 2004 contract and in particular, abolishing the APMS contract would go a long way to remedying what has gone wrong. This is not about going back in time to some misremembered golden age – it is about having the model with the best evidence for effective, efficient and positively-experienced health care.

There is an abundance of evidence that personal continuing health care works really well in terms of health outcomes, as well as patient satisfaction and GP job satisfaction, recruitment and retention. We need to bring it back.