On Monday 13 August, after a battle that has lasted nearly three years, the court of appeal ruled that the decision to strike Dr Hadiza Bawa-Garba from the medical register should be overturned.

Furthermore, the government have now announced that the General Medical Council (GMC) should not retain the right to overturn decisions of the Medical Practitioners Tribunal as it did in this case to the dismay of many working in the NHS.

Team Hadiza who ensured that this appeal took place released their statement welcoming the ruling. One of the team, Dr Chris Day, who himself has won significant victories in defending the whistleblowing protection for junior doctors, said simply: ‘We are very happy and so is Hadiza’.

Back in March Keep Our NHS Public reported on the ongoing case of Dr Hadiza Bawa-Garba (‘GMC must not deny doctors a fair hearing’) and how she had been struck off the medical register by the GMC following the tragic death of Jack Adcock, a six-year-old boy in her care. KONP welcomes this verdict to reinstate Dr Bawa-Garba’s licence to practice. There are indeed lessons to be learned here, but most are for the government as it was ultimately their continuing failure to provide a safe and functioning system that led to Jack’s untimely death.

On February 18 2011 Jack Adcock was admitted to Leicester Royal Infirmary suffering from gastroenteritis and difficulty breathing. Sadly, Jack Adcock died later that night from a cardiac arrest as a result of sepsis. In November 2015 Paediatrician Dr Hadiza Bawa-Garba was convicted of manslaughter by gross negligence and given a two-year suspended sentence following the patient’s “needless” death.

‘There but for the grace of god go I…’ 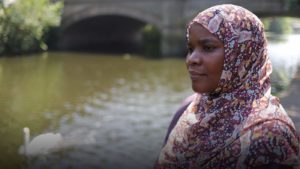 Dr Bawa-Garba has acknowledged from the start that she made mistakes in Jack’s care. However, when viewed in context it is easy to understand why. Virtually every doctor in the land was shocked at the conviction leading them to express the sentiment: ‘There but for the grace of God go I’.

This case has provoked outcry within, and solidarity amongst, the medical profession generally. This is not an isolated case of individual medical negligence (indeed Dr Bawa-Garba had a previously unblemished record), but rather it signalled serious and endemic issues potentially facing all clinicians in the NHS which must be addressed to ensure that these tragic events are not repeated.

A Scapegoat for NHS neglect

An investigation at Leicester Royal Infirmary as a result of this case has confirmed serious systemic failings, reporting 23 recommendations and 79 actions that must be undertaken. Serious issues therefore already existed but were brought into sharp focus through the fate of one doctor and a nurse working in the hospital. Staff at Leicester Royal Infirmary assert that there were regularly serious staffing issues and they were sometimes fearful of working due to what may occur in a difficult environment. [BBC Panorama, 13thAugust 2018]

Dr Bawa-Garba had just returned from 13 months maternity leave, had received no trust induction and that day was the only member of staff in charge of the Emergency Department and Acute Children’s Assessment Unit (CAU) as there was no senior consultant available. Dr Bawa-Garba was doing the work of three doctors including her own duties all day and, in the afternoon, the work of four. The issue of dangerous rota gaps is one that is frequently raised. There are 10,000 doctor vacancies in the NHS. There is a recruitment and retention crisis, particularly in emergency medicine and tragedies will sadly occur as a result. These situations put healthcare professionals in a precarious position in hospitals every day and yet the government has done very little to address the problem.

Neither Dr Bawa-Garba (due to a crash bleep) nor the consultant (due to rota) were able to attend morning handover, familiarise themselves with departmental patient load and plan the day’s work. Dr Bawa-Garba, a trainee paediatrician, who had not undergone Trust induction, was looking after six wards spanning 4 floors, undertaking paediatric input to two surgical wards, giving advice to midwives and taking GP calls.

Working under her were two juniors who had only been rotated onto paediatrics that month. This was also a day where there were IT system failures throughout the hospital, delaying test results and requiring manual interventions by staff which took up a considerable amount of their already stretched time. The flag system for abnormal results remained down throughout which had a direct impact on Jack’s care.

In June of last year Dr Bawa-Garba was suspended from working for 12 months by the Medical Practitioners Tribunal Service (MPTS). It rejected an application from the GMC to strike her off the register, saying: “In the circumstances of this case, balancing the mitigating and aggravating factors, the tribunal concluded that erasure would be disproportionate.”

However, on 8th December last year the GMC took the unusual step of appealing this decision and in January Dr Bawa-Garba’s licence to practice medicine was removed. 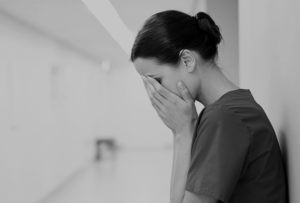 Nurse staffing was similarly low, and Jack was assigned an agency nurse with a specialism in adult medicine. In November 2015 the nurse involved, Isabel Amaro was also sentenced by the courts and given a two-year suspended jail sentence for manslaughter on the grounds of gross negligence

Nurse Amaro was struck off the nursing register in August 2016 for a period of five years. She had worked for 17 years with feedback attesting to a high level of performance and was helping out CAU in a crisis. Due to a five-year public sector pay cap, challenging working conditions and the removal of the nursing bursary by this government, there are currently 40,000 nurse vacancies. The NHS is now heavily reliant on agencies at significant cost. Staff members are employed, sometimes in inappropriate disciplines where they have no knowledge of the workings of individual departments or the team with whom they are employed. It is therefore inevitable that some mistakes will occur and the potential of being set up to fail as a member of staff is all too likely.

Following the GMC’s decision and the accompanying fallout from this case, junior doctors and consultants throughout the NHS joined together to express their support for Dr Bawa-Garba. Thousands signed a public petition and letter of support and donated over £360,000 to crowdfund an appeal against the GMC ruling that Dr Bawa-Garba be struck off.

On social media many doctors used the hashtag #IamHadiza to express solidarity with her situation. It was clear to them that it could have been any one of them. The outcry was significant and it seemed to demonstrate the inner vulnerability that was felt throughout the profession and provided an outlet in which to express it. The generosity (both in public support and in finances), shown to a stranger demonstrates both how this case touched a nerve, and the deeply held desire to try and improve working conditions for the good of both doctor and patient.

The impact on reflective practice

Scapegoating this doctor for the failings in a system caused by sustained underfunding and NHS neglect is deeply concerning as it massively depletes doctors’ confidence to practice. Whilst individuals continue to take the fall for the government’s mismanagement, patient safety will not improve, and the talent that we have will slowly but surely be lost to other countries where the ability to practice medicine is not constrained by unsafe working conditions. That is why dealing with this case openly and challenging its ruling was so important.

Ironically patients are arguably less safe today than they were before this case as the process of reflective practice has been undermined. Dr Bawa-Garba’s personal notes were used against her in seeking to remove her licence and as a result many in the profession will be far less likely to commit their true thoughts to paper for fear of retribution. It will therefore be much harder for others to learn from their mistakes. Undermining this vital process is a risky business and it is debatable how much trust doctors will put in this practice going forward.

This case has understandably struck a chord with medical professionals throughout the NHS, yet it is not only doctors and nurses who should be deeply concerned about its implications. Scapegoating a single doctor and nurse for the sustained and significant issues of underfunding and understaffing means that the root causes of such tragic events will continue to go largely unaddressed. With the year-on-year ever-deepening crisis within our NHS, the potential for this situation to be replicated becomes ever more likely. Unless the GMC and government learn the lessons from this sad and wrongful case, both patients and NHS staff will sadly continue to pay for this dangerous government agenda – some with their careers, and others with their lives. We must remember Jack Adcock and the painful grief of his parents. The lasting testimony to them would be an NHS with safe staffing levels, fully funded services and an embedded culture of learning not blame.