On Wednesday 22 November, Philip Hammond will announce the Autumn Budget. He faces a growing chorus from across the political spectrum demanding a serious change of direction in funding for health and social care.

On 4 March 250,000 joined the #ourNHS demonstration – the biggest march ever in defence of the NHS.

Two months later, the Government’s betrayal of health and social care contributed to its humiliating setback in the 8 June General Election. Before and since, the line up of voices demanding the Conservative Government change course has become impressive. 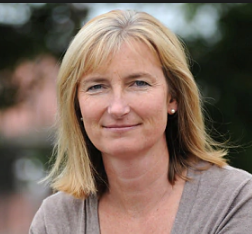 At the 19 August #TalkNHS conference, Health Select Committee chair Sarah Wollaston called for a major increase in funding for health and social care to 12% of GDP. Dr Wollaston, who is Conservative MP for Totnes as well as chairing the Select Committee, has previously directly confronted Government false claims on NHS funding. In October 2016 she and Simon Stevens publicly stated that Teresa May’s assertion that the NHS has been adequately funded was untrue. 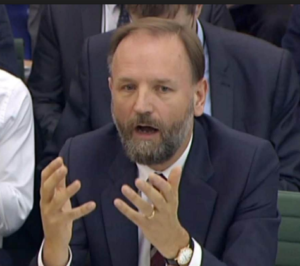 Simon Stevens, the head of NHS England, used a speech at the NHS Providers conference in Birmingham to warn that failure to increase NHS funding would add at least one million people to NHS waiting lists by 2021 (currently close to 4 million).
Stevens referenced Brexit and the now infamous bus, stating:

“The NHS wasn’t on the ballot paper, but it was on the battle bus. ‘Vote Leave for a better funded health service – £350m a week’ “.

And even Jacob Rees-Mogg has also called on Phillip Hammond to honour the leave campaign’s promise of more money for the NHS. Brexit is the dominant context for the Autumn Budget and we cannot let the NHS be forgotten at this crucial time. In clear reference to the Government rolling out figures in an effort to downplay underfunding Stevens also stated:

“Some may say, ‘Aren’t we spending at the European average?’ Well, only if you think that … austerity shrunken Greek and Portuguese health spending should help shape the benchmark for Britain. If instead you think that modern Britain should look more like Germany or France or Sweden then we are under-funding our health services by £20bn-£30bn a year.” [emphasis added]

This prominent centre think tank has contradicted the Government’s claim that it is giving more money than ever to the NHS. The King’s Fund could not be more clear about the risk to safety and quality:

“The NHS can no longer maintain quality of care and meet performance standards within its current budget. In the short term, the government will need to find additional funding if the NHS is to be able to deliver the current range of services to existing standards of care.”

Another independent health think tank, Nuffield Trust, also calls on the Government to fund the NHS properly in its article from the 8th November 2017 – Five reasons why the Chancellor must find extra cash for the NHS at the budget. Nuffield list the following issues:

The Health Foundation joined the Nuffield and Kings Fund in a joint statement on health and social care ahead of the budget. Their full statement can be accessed here:

“Nuffield Trust, the Health Foundation and The King’s Fund are urging the government to address the critical state of health and social care in its forthcoming Autumn Budget. [This] briefing calls on the government to recognise the immediate funding pressures facing the sector in 2018/19, which will see NHS funding growth fall to its lowest level in this parliament. The government must also act to close the growing funding gaps facing the health and care system, which are now having a clear impact on access to care.

NHS Providers is the membership organisation and trade association for the NHS hospital, mental health, community and ambulance services that treat patients and service users in the NHS.
Chief executive, Chris Hopson, responded to Simon Steven’s speech at their conference in Birmingham stating

“We have been arguing for some time that the NHS can no longer deliver what it needs to on the funding available and it is important that Simon Stevens has said this for the first time clearly and publicly. He is right to warn that without extra funding there will be consequences for patients, who will have to wait longer, and may not get the treatment they should have when they need it. We are all now clear about the importance of the decision that the government faces in the forthcoming budget.”

In reference to the forthcoming budget he said:

“There isn’t enough funding to cope with rising demand and meet performance targets but it’s yet to be widely accepted that the targets are undeliverable without the extra funding.”

Read articles in full: A budget to help the NHS recover key performance standards for patients and Failure to boost funding will have consequences for patients [both 8 November].

Back in March 2017 the NHS Confederation (umbrella organisation for NHS commissioners, planners and providers) called on the Government to admit funding was too low to sustain NHS services.  They have coordinated a letter to be sent to the treasury ahead of the Autumn budget on the 22nd November 2017 (see Desperate plea for additional funds to tackle the growing crisis in health and care services). The signatories represent professionals, commissioners, providers and recipients of health and social care services. Read the letter here.

Join us outside parliament on Wednesday 22nd November to call attention to the underfunding of the NHS and to demand that the Government stop lying to the public and instead allocate adequate funds for the NHS and Social Care.

The evening before Budget Day, we will be demanding that Hammond listens to the unprecedented unity of calls to fund the NHS properly. If he turns away, he and his government are culpable for thousands of avoidable deaths and incalculable stress for the 1.3 million NHS employees working under intolerable strain. We hope that many NHS campaigners will join us to demand this Government properly fund our NHS.

Links to additional media coverage on these events

The Guardian 8 November – ‘Brexiters must honour extra cash pledge for NHS, says health chief’ – lists some of the people and organisations that have criticised Hammond and May for NHS underfunding and called for a commitment to adequate funding.
The Independent  have also cited the multiple health and social care leaders who have written to the government appealing for more funding

Coverage of Simon Stephen’s comment about the Brexit bus and a cash strapped NHS:

Go to our Campaigns page and Fund Our NHS Now!