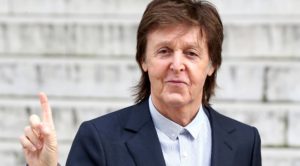 In a recent letter to NHS campaigners, Sir Paul McCartney has spoken out in support of retaining Liverpool Women’s Hospital; 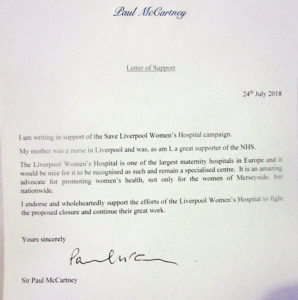 NHS bosses plan to relocate and downgrade LWH to a smaller unit on the site of the new Royal hospital. It is part of a wider plan to reduce the number of hospitals in Liverpool. The campaign group Save Liverpool Women’s Hospital wishes to retain the facility at its current location of the well-loved modern, low rise, landscaped site one mile away with the new Royal PFI, which is surrounded by traffic pollution. 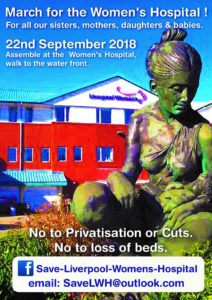 Currently 8,000 babies a year are born at LWH and it carries out over 50,000 appointments every year for maternity, gynaecology, genetics and fertility.

The hospital is a major neonatal unit and holds many specialised clinics. Tens of thousands of people have signed petitions to try and save the hospital and keep it on its current site.

Conservative cuts are putting lives at risk. Far too many essential facilities are being closed and/ or downgraded across the NHS and a large city like Liverpool cannot afford to lose such an important service.

The march will assemble at 12 noon outside the hospital. 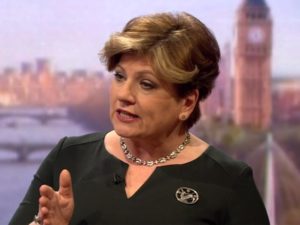 Speakers will include MPs Emily Thornberry and Dan Carden. A lively atmosphere will be created with both Samba and Irish bands in attendance, highlighting the cultural heritage of this vibrant city.