While reducing spend on healthcare is not strictly speaking a form of privatisation, reducing spending below where it needs to be to meet demand is used to undermine public services. Though NHS services are frequently overwhelmed, whether by the Covid-19 pandemic or winter pressures, Keep Our NHS Public believes the NHS is not failing, it is being failed by Governments who refuse to fund it properly.

Since the 2008 economic crash the Conservative Government, who have been in power since 2010, have been making the argument that the UK needs to ‘balance the books’ with austerity economics after spending billions of pounds bailing out failed banks.

This saw spending fall or flatline for the past decade. Budgets rose by just 1.4 per cent each year on average (adjusting for inflation) in the 10 years between 2009/10 to 2018/19, compared to the 3.7 per cent average rises since the NHS was established. 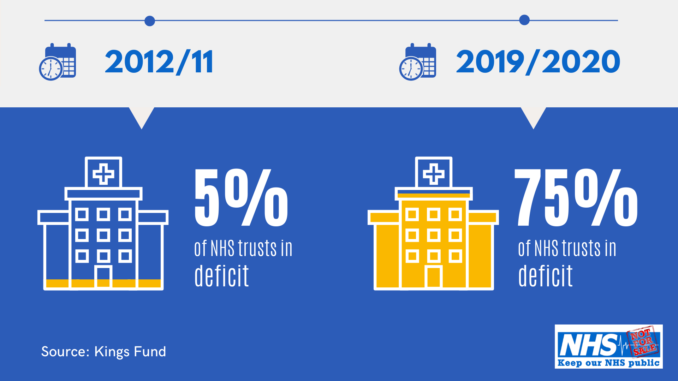 The impact on NHS staff and patients has been catastrophic with A&E waiting times worsening significantly over the past decade. The Kings Fund reports The NHS has not met the four-hour waiting time standard at nationally since 2013/14, and it has been missed in every month since July 2015.

Mental health services have also been badly affected with waiting times for treatment so long that two-fifths of patients waiting for mental health treatment contact emergency or crisis services, with one-in-nine (11%) ending up in A&E, research by the Royal College of Psychiatrists has found.

Creating an opportunity for private companies

These long waiting times for services open up an opportunity for the private sector to offer alternative services to desperate patients, but also for the Government to outsource ‘failing’ services to organisations who claim (though not prove) they can do it better. For example £10bn has been offered to private hospitals to clear the waiting lists caused by loss of capacity during the Covid pandemic.

This is why cutting spending to the NHS is an issue for campaigners who oppose privatisation of our public services. 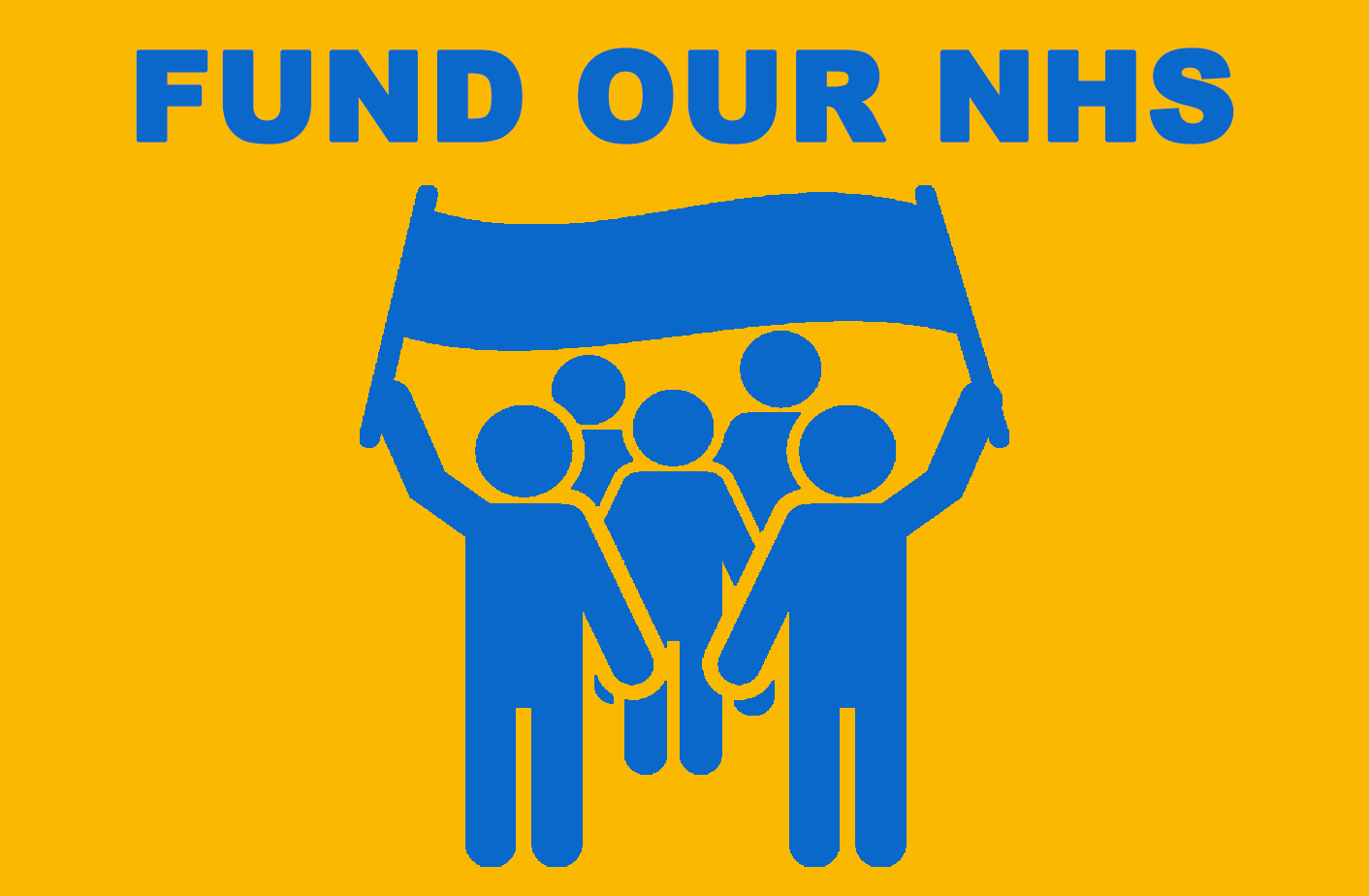