One of the most controversial examples of the privatisation of the NHS is the existence of Private Finance Initiatives. These were introduced in the 90s by the New Labour Government, with then Health Secretary Alan Milburn deemed responsible.

Private Finance Initiatives were developed in an attempt to increase funding available to the NHS without dipping into the public purse, immediately anyway. PFIs as they became known, were used to build NHS hospitals, the cost of which was then paid off by the tax payer.

The main controversy over this setup is that the interest rates charged by the providers are so high, that the debt keeps on growing.

Around 100 NHS hospitals have been built under the PFI. Ownership of these hospitals has undergone dramatic shifts over the last decade, and nine out of ten of these assets are now effectively owned by international investment funds. 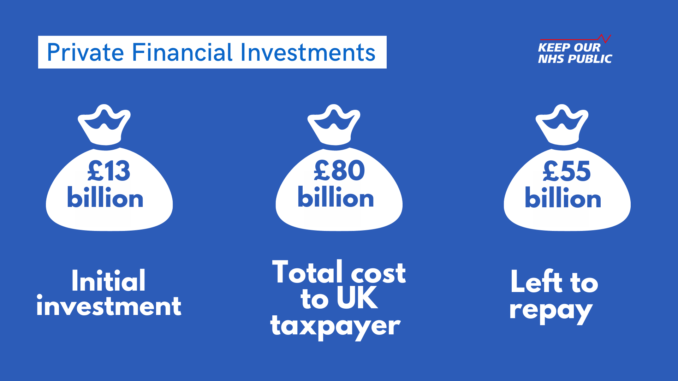 Recent analysis by the IPPR (a New Labour thinktank) found that some hospitals are spending up to one sixth of their budgets on PFI repayments and initial investments of £13bn will end up costing NHS England £80bn. There is £55bn left to be repayed. 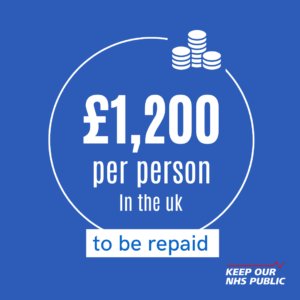 This is equivalent to £1,200 per person in the UK. The Health and Social Care Act 2012 increased the amount of income NHS hospitals can raise from private sources from 2% to 49%, resulting in a wave of new Public Private Partnerships with Foundation Trusts.

Next section: The Health and Social Care Act 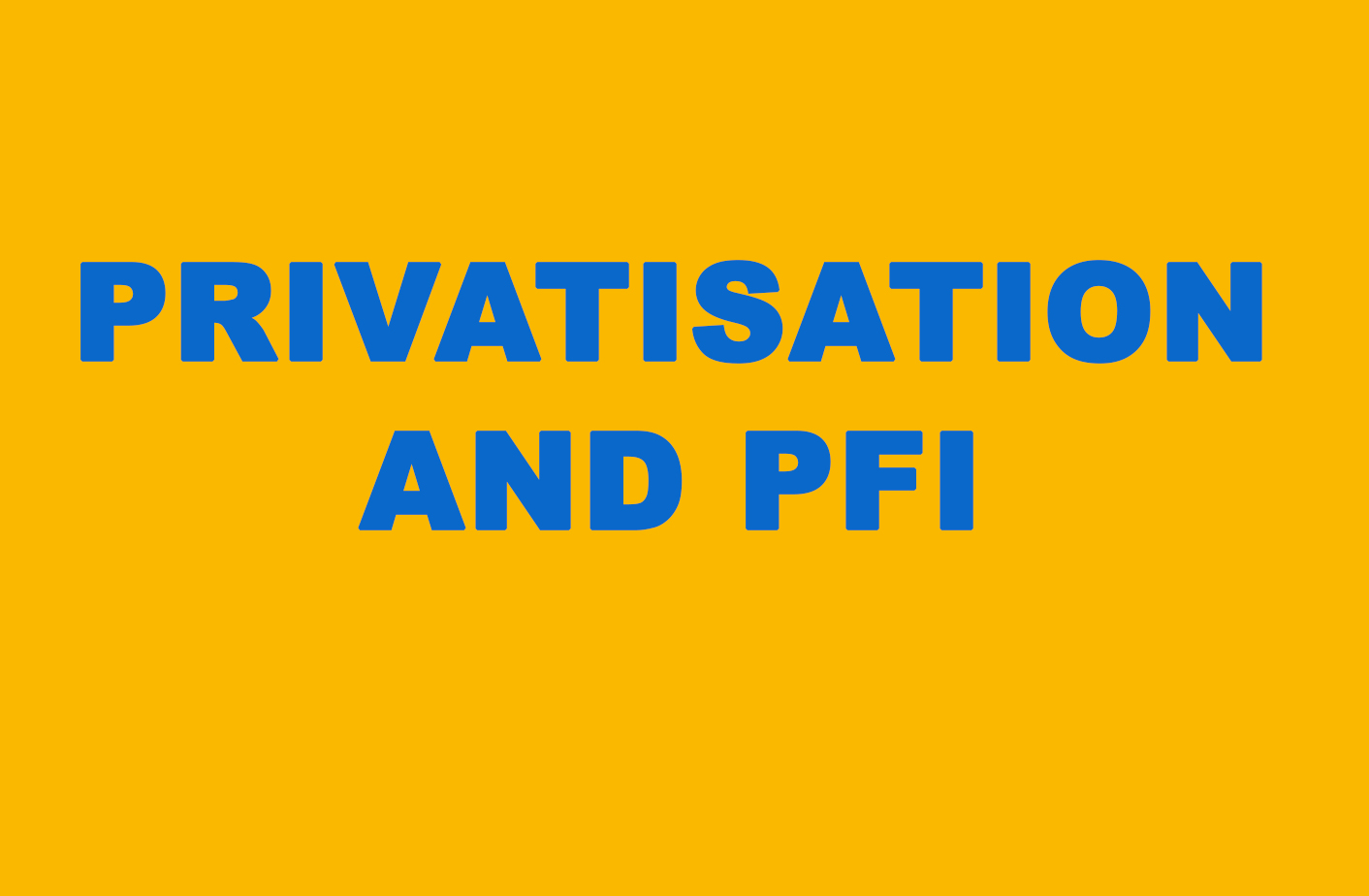