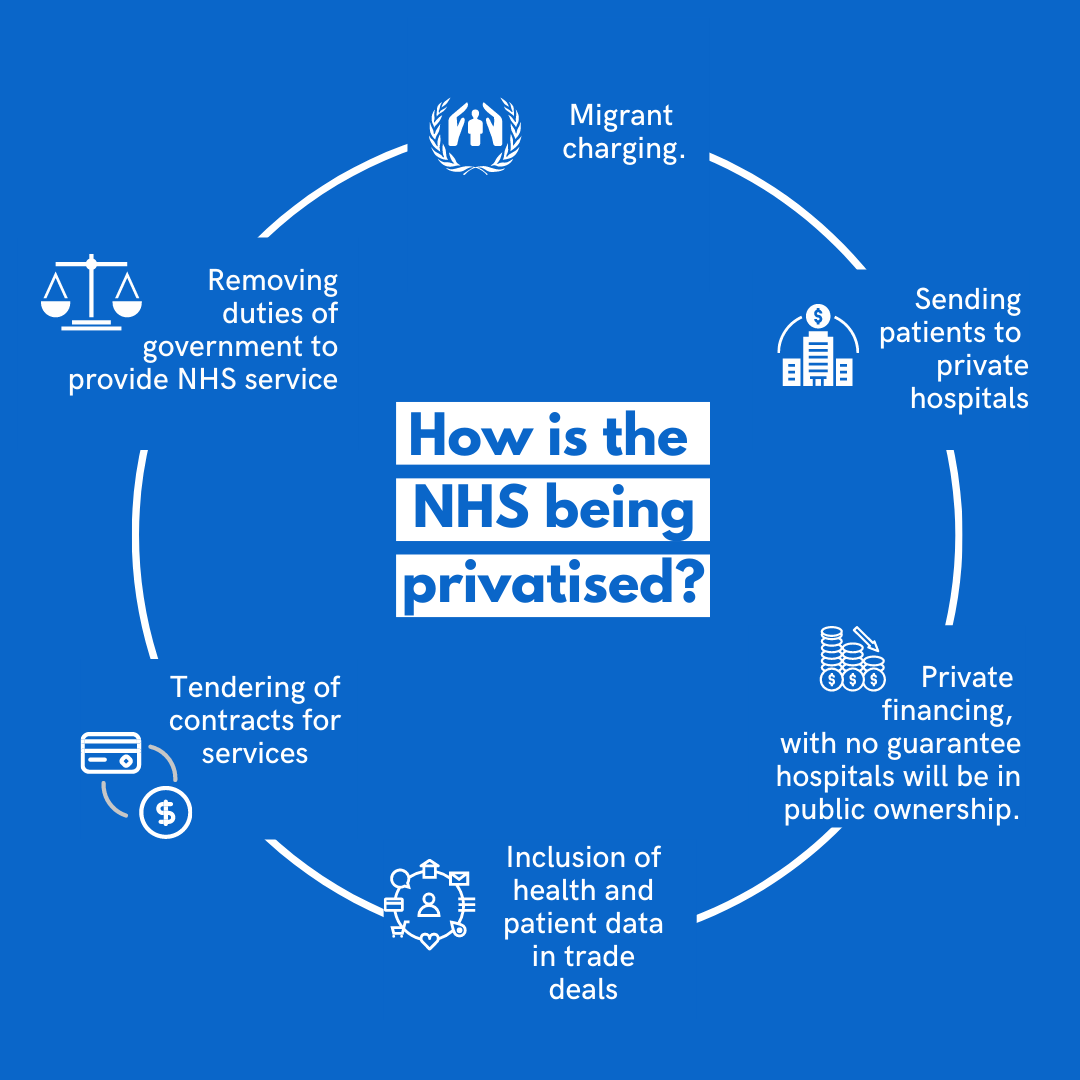 In 2012 the Health and Care Act took away the Government’s ultimate responsibility to provide an NHS for all. That opened the way to changing the way the NHS was managed and allowed NHS trusts to contract out services to private providers.

What has the NHS ever done for us?

When the NHS was first launched in 1948 it was described and defined to the UK public thus:

“It will provide you with all medical, dental and nursing care. Everyone - rich or poor, man, woman or child-can use it or any part of it. There are no charges, except for a few special items. There are no insurance qualifications. But it is not a "charity". You are all paying for it, mainly as tax payers, and it will relieve your money worries in time of illness.”

Meaning that the NHS is:

While attacks on the basic tenets of the NHS have been made since its inception, attempts to privatise the NHS have occurred in recent years in the following ways:

Is privatisation of the NHS expanding?

Attempts have been made to introduce charging in the NHS since it was founded, and attempts to further privatise services have been ongoing since the 80s and 90s. This era saw hospital car parks, cleaning, portering and catering.

PFI was introduced in the 90s, but it was the 2012 Health and Social Care Act that has opened up the NHS to privatisation like never before. It was this Parliamentary Act that demanded all NHS contracts were put on the ‘open market’ for the first time. The changes since then have been dramatic, and often unseen.

While most hospital clinical care is still in public NHS hands many are unaware of the inroads privatisation has made in winning smaller community contracts since the 2012 Act came into force. In 2018/19 and 2017/18 7.3% of CCG commissioned clinical contracts were in private hands (down from 7.7% 2016/17).

In the five years to 2015 the private sector was awarded the following:

News about campaigns to fight privatisation of our NHS, straight to your inbox.