Unjum Mirza, Branch Chair of the Victoria Line for the transport union, Associated Society of Locomotive Engineers and Firemen (ASLEF) writes exclusively for Keep Our NHS Public on how cross-sector solidarity is the only way we can keep all workers safe in this crisis.

A week following the implementation of the lockdown on 23 March, KONP co-Chair, Dr Tony O’Sullivan addressed train drivers on London Underground via our Aslef newsletter.

It is unbearably sad to witness the mounting tragedy that this pandemic has brought to the UK and impossible not to be angry at the death of key workers. Over 40 NHS staff, at least 21 transport workers in London

I write a little over a week since the Prime Minister’s Address on 10 May which signalled the beginning of the end of the lockdown.

Today, the death toll among frontline health and care workers exceeds 200. The death rate in social care staff is double that of the general working-age population. An extraordinary 97% of Britain’s medical staff who have died from Covid-19 are from Black, Asian and Minority Ethnic (BAME) communities. 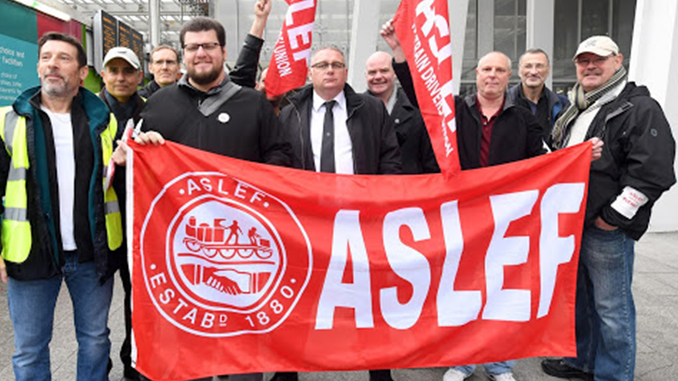 The death toll among transport workers in London stands at 42 and includes 29 bus drivers. TfL has launched a probe consisting of a two-part study by University College London (UCL) Institute of Health.

So, like you, transport workers are furious. Sure, the PM encouraged people not to use public transport. But you don’t keep a dog and do the barking yourself. Without delay, employers were barking orders demanding workers return to work to protect the economy and their profits.

Within 48 hours, photographs and videos of our train carriages packed with workers appeared on social media and across the press – the poor; black; migrant; construction and other workers – the very people represented highest among the Covid-19 dead.

The General Secretaries of the main three rail unions - ASLEF, RMT and TSSA – had jointly written to the PM stating:

Seeking a blanket increase in services as part of a symbolic and premature drive to apparent normality, at the potential risk of countless lives, is completely unacceptable to us.

London Underground (LU) management have now produced a risk assessment which is probably the worst I’ve ever seen on the job. For instance, listed as mitigation and control for “Covid-19 leading to staff illness” is: “LU are following Government and Public Health England advice”. The former are responsible for the highest peace-time death toll in Europe while the latter felt Cheltenham on 19 March was fine. Aslef rejected the risk assessment.

On London Underground, we organised a successful revolt against management’s attempted imposition of unsafe rosters on 26 April. In response, management told us that they were to,

revert to the pre-Covid Timetables and rosters” as of 18 May. Even the Government’s £1.6bn TfL bailout included (among many more) a caveat that demanded the “full restoration of services.

However, May 18th has come and gone. Sure, LU have their increased the service, but still, they’re unable to impose their rosters on us which is why we continue to run a Special and Restricted Service across the entire network. The union has also issued safety advice to all members regarding our rights on refusal to work on the grounds of health and safety to cover us for each and every time a situation we consider “serious and imminent” (e.g. overcrowding) arises.

As the Independent SAGE Report states “Anywhere that people are brought together in close proximity creates opportunities for rapid spread”. Since the PM’s address, the ‘R’ rate of infection has registered an increase. It seems we’re creating the conditions for a second peak.

Elsewhere, the government plans to begin opening schools on 1st June are simply reckless. ASLEF fully supports the National Education Union and the "five tests” it has set  “for Government before schools can re-open".

The People's Assembly Against Austerity has put out a call to "Stay Away - Stay At Home - Save Lives to Protect children, their loved ones and school staff” in support of the NEU, teachers, parents and pupils. 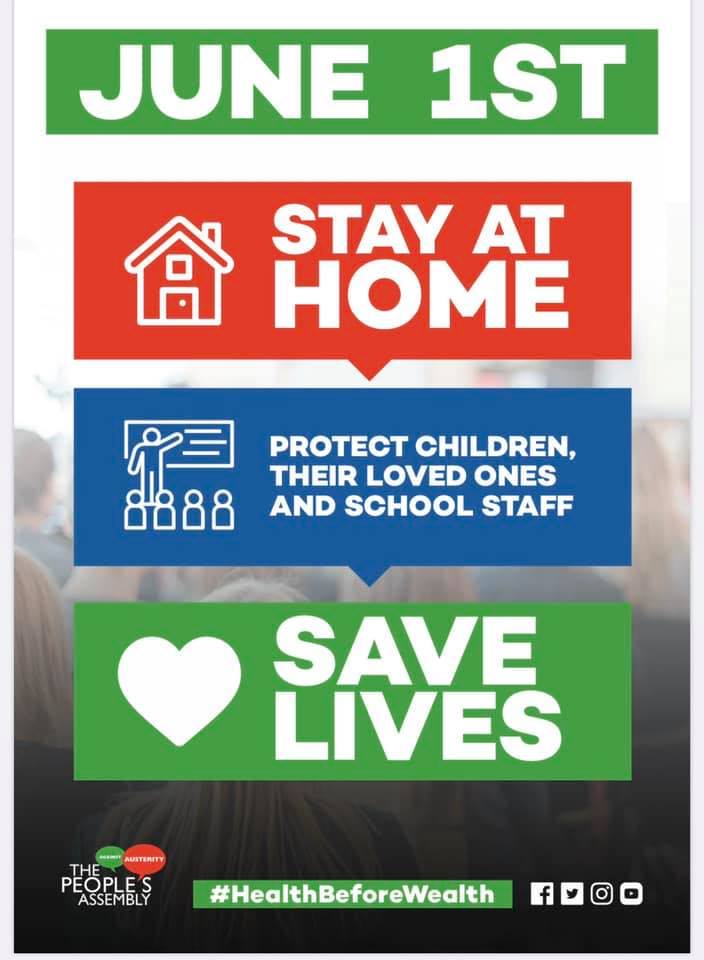 This is a critical fight that deserves all our support. Where we fight, we can win. For instance, Dyson workers working from home were told to return to the office this week. A mutiny among workers forced the employer to “review the practicalities” which found “those who can work as effectively from home should continue to work from home”.

Firstly, I increasingly hear “coronavirus is likely here to stay” creeping into the narrative.

So, when assessing the Covid-19 deaths we must note that race, class, inequality and the years the locusts had eaten before the pandemic are just as much a cause as the virus itself. Some more fundamental changes will need to be fought for.

This leads me to my concluding point and by extension, a tribute to the continued invaluable work Keep Our NHS Public performs.

On the 40th anniversary of the NHS under Thatcher, the great east London GP and socialist David Widgery wrote: “we need a society centred around good health rather than a health service snuffling after a disease like a baffled bloodhound. It tells me not that the NHS has failed, but that it has not been given a real chance… the health service is something worth fighting for. And in that fight, we may glimpse our potential to create a society run on a different and better basis”.