Cast-iron evidence from Professor Sir Michael Marmot proves decade of austerity has done serious harm to the nation’s health and well-being. Marmot has now published the latest evidence that a decade of Conservative Government policy has caused thousands of deaths, an increase in child poverty, a reduction in life expectancy for women in the most forgotten areas of the country, in-work poverty and an undeniable growth in inequality: and, as a direct result, preventable deaths are highest in some of the most deprived areas.

Notably, the largest decrease in life expectancy and shortest lifespan of healthy years are found in the populations of the most deprived 10 percent of areas in the North East of England. (Health Equity in England: The Marmot Review 10 Years On published by the Institute of Health Equity)

Austerity kills the vulnerable, shortens healthy lives and undermines the health of children. It does so through the cumulative impact of: the decimation of local authority funding from government – resulting in dramatic loss of publicly funded early years resources like Sure Start, the extreme pressures on school budgets, a savaging of personal social care funding; and of course the undermining of the NHS – the last recourse for people damaged in mental and physical health from this last decade of oppressive living conditions – through drastic cumulative underfunding, fragmentation of the national structure and the widening of encroaching privatisation.

As has begun to be reported across some sections of the media, after 100 years of steady improvement, the narrative of progress is starting to unwind – with women and the poor hardest hit. Damning revelation after damning revelation of Conservative Party rule mounts up fast. For example, the report shows: infant mortality in the most deprived areas is now 35.9 percent higher higher than the England average and the proportion of children living in poverty increased by eight percent in England to over four million.

Michael Marmot has previously evidenced the impact of social inequality on health – ‘the social determinants of the health’. His report in 2010 Fair Society, Healthy Lives made six recommendations. All six visions (see box) have been reversed over the decade to now.

In February 2019, Marmot spoke about the intentions behind his follow up research:

Last year we pointed out that life expectancy had stopped increasing. Something that had gone on for more than 90 years, an increase of about 1 year every 4 years. In 2011 it slowed down nearly to a halt. Life expectancy as a measure of health, tells us a great deal about how we are doing as a society, and the inequalities in health tell us even more about society. So, if life expectancy has stopped improving and inequalities are widening, it's really urgent to ask what's going on? What's going wrong and what can we do about it?

The findings published in the Marmot review are shocking and confirm the powerful build-up in evidence published since 2017 (see box) of accelerating harm being done to the health of Britain’s population. The effects of government policy have the greatest impact on the poorest and most vulnerable sections of our society and this cannot be disguised any longer.

More detailed analysis can be found on the Marmot Review 10 Years On, from the Institute of Health Inequality, with their  executive summary here  and the full report here.

It's essential fightback and reverse this entirely avoidable pattern.

Our nation-wide protest at the worst-ever NHS ‘Winter Crisis’ has taken place in over 20 areas of the country between 13-29 February. We have highlighted the growing impact of government policy, by denuding the NHS and local government of the funds needed to look after our population. 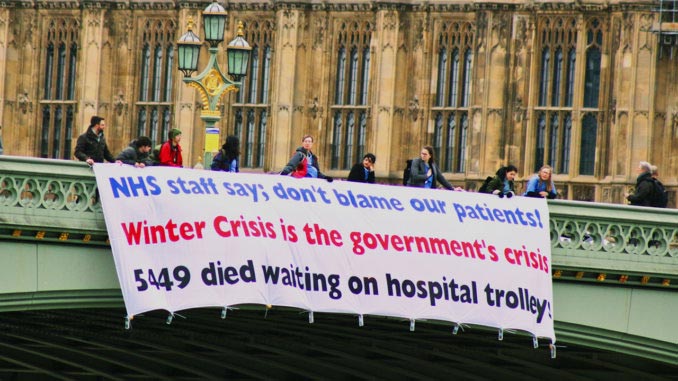 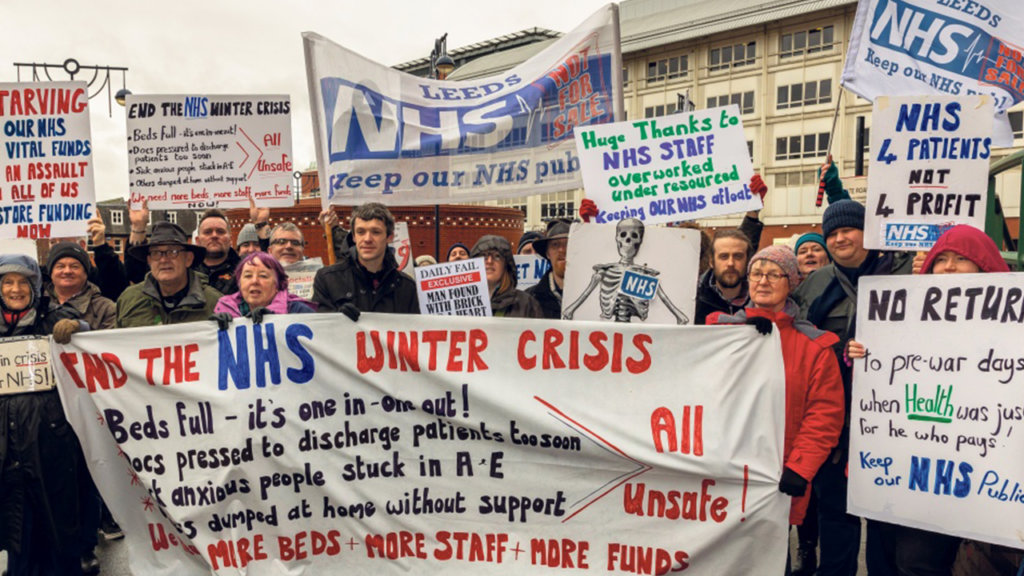 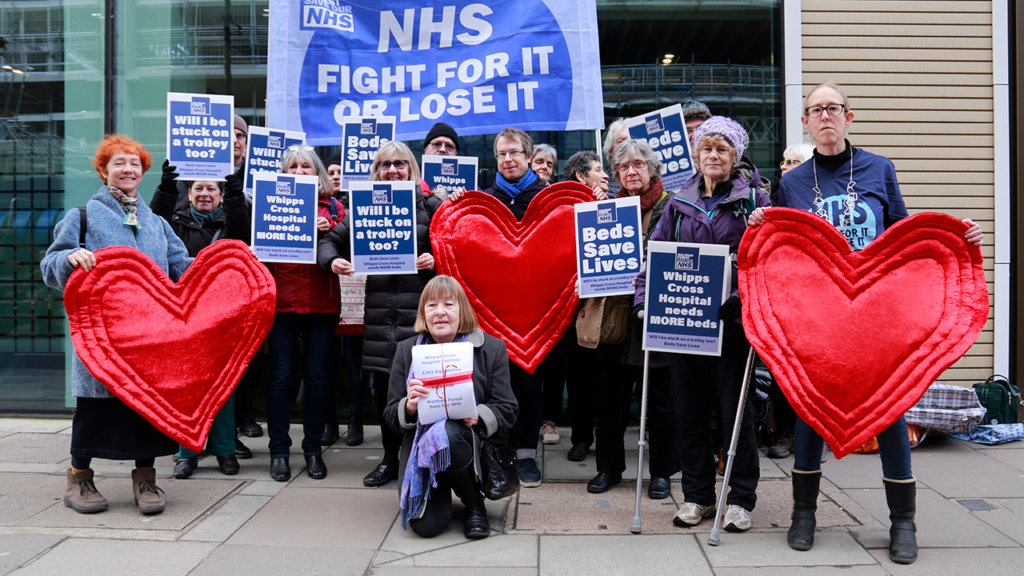 Over the next five years, we will scrutinise every ‘promise’ on the NHS made by Prime Minister Boris Johnson and Health Secretary Matt Hancock and expose every claim designed to mislead the public. We hold the Prime Minister and his government to account for every death and every patient’s health damaged by their policies when they fail to deliver the safe and effective public health service the population needs.

Join us, share information with us - and get involved with our local campaigns.