The political leadership in Britain is completely failing to contain the Covid-19 pandemic. Since March, government policies - on lockdowns, on testing, on pushing to re-open businesses and keep education institutions open - have directly contributed to the rise in the infection rates and to the spiraling death toll. We must impose a national lockdown and keep all schools closed.

The infection rates of Covid-19 have now reached an all-time high, exceeding 50,000 lab recorded cases in a single day for the first time on Tuesday 29th December. Whether or not we accept that the new strain the government is blaming on the severity of the latest wave, we do know that they have repeatedly ignored calls from unions and other sectors of society to tighten up restrictions, to rethink their failed test and trace initiative and provide adequate support for workers forced to isolate. On Monday the 14th December, schools in Greenwich were even threatened with legal action by government ministers if they closed, even though teachers were warning that cases of Covid were rocketing.

The government also refused to rescind advice that three separate households could mix over Christmas Day and allowed thousands of people to leave London and other hot spots, spreading the virus widely outside of London, the south east and beyond. It took them till as late as Saturday 26th December to impose the new Tier 4 rules, which by this time was already too late. Despite their U-turn, the impact of the government's advice around Christmas mixing on infection and death rates still remains to be seen.

On December 30th the grim news that 981 people had died in the past 24 hours could not be drowned out by the announcement that the Oxford vaccine is now being launched. On the same day, despite these depressing figures, the Secretary of State for Education, Gavin Williamson, announced: “I am quite clear that we must continue to do all we can to keep children in school.” Going on to state that while some secondary schools reopening will be delayed, all primary schools will still open on January 4th. The response has been shock and outrage from education staff and parents alike.

There have also been desperate pleas from NHS staff that, because the service is overwhelmed by seriously ill Covid patients, pressing ahead and opening all primary schools will be disastrous.

Once again, the government is refusing to listen to the scientific experts, including Independent SAGE, who are advising that the schools remain closed. Independent SAGE chair Sir David King said, ‘We believe a delay and tentative decision making will result in the deaths of tens of thousands more people.’

The government claims that their decision is the best thing for our country's children. This is the same government who have cut child protective services, shut domestic violence refuges and cut and privatised schools - they are now trying to claim they care about children’s education and welfare.

While it’s correct to say there is a rising mental health and education crisis because of the pandemic, instead of investing in proper safe alternatives to protect and support children and families, they’re using this line of argument to press ahead and open the doors of schools potentially allowing Covid to disable and kill many thousands more people in this country. Quite how this will keep children safe is questionable in the extreme. In addition to the risks to children and staff, the potential to further fuel rising rates of infection rather than clamping down is very real. 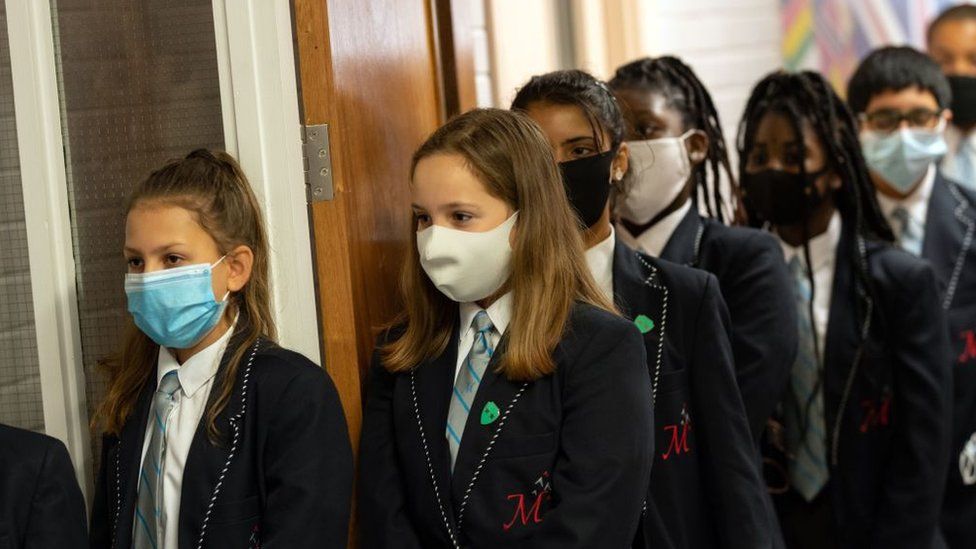 But this is also a failure of the entire political class in this country. Apart from some trade union leaders there have been very few attempts to expose the disastrous nature of government.

We are astonished at today’s announcement by Gavin Williamson. With warnings from eminent scientists of an ‘imminent catastrophe’ unless the whole of the UK is locked down, and with more cases in hospitals than ever before and our NHS facing an enormous crisis, the Secretary of State is sending the majority of primary pupils and staff back on Monday to working environments which aren’t COVID secure.

The Government has not, despite being repeatedly asked, published the scientific guidance on the risks involved in school and college reopening. This information is desperately needed - particularly as the new variants of the virus are 50% more transmissible.

A longer period of online working for all primary, secondary and college students could suppress virus levels and buy time both for the roll out of the vaccine and to put in place measures that can keep schools safer.

We support the NEU in its calls for keeping schools closed and the Independent SAGE advice that we go into a national lockdown to replace the failed tier system.

The labour movement must now be clear on our demands around Covid-19 and right at the top of the agenda must be the demand for a full and effective national lockdown to include schools, universities and education institutions.

We are now experiencing death tolls greater than the UK civilian deaths of world war two. And it is entirely avoidable. The Labour and trade union movement must take the steps required to defeat both this pandemic and the government that is allowing it to spread.