Keep Our NHS Public local groups took to the streets on Saturday 24 October 2020 to protest a future trade deal with the US that doesn't protect the NHS.

The demonstrations were done alongside a day of action with Global Justice Now and Traidcraft Exchange, against the planned trade deal with America once the transition period after leaving the EU has ended.

The NHS is at risk of being further privatised if measures are not taken to protect it from future trade deals. The risk isn't just to more and more NHS services being up for tender to private companies, but also to your health data. Many big tech companies are pushing for health data to be made more freely available.

Here are how some of Keep Our NHS Public's local groups spread the message last weekend: 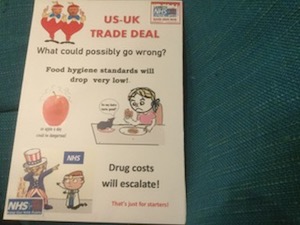 Lambeth Keep Our NHS Public members showed shoppers in Clapham just how much they have to fear from a post-Brexit trade deal with the United States.

They handed out quiz questions to passers-by, testing their knowledge on how hormone-fed beef and chlorine-washed chicken could be sneaked into our supermarkets, how prices of the drugs we have to import from the US could become impossibly high for the NHS to pay and how privatisation of NHS services could accelerate if we do a deal with the US whether or not Trump or Biden wins the election. 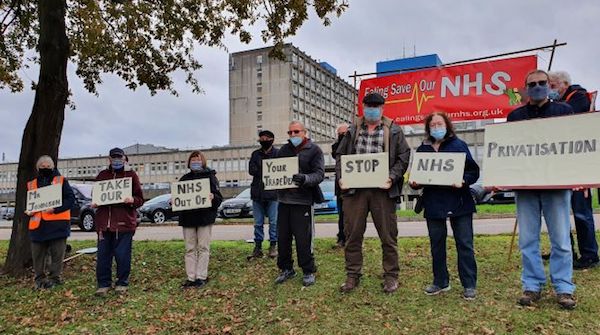 Ealing Save Our NHS also took part, with about 30 protestors demonstrating outside Ealing Hospital.

Keep Our NHS Public North East went with a spooky theme, asking what could happen to us if the NHS's existence were threatened. Local GPs urged local patients to challenge MPs with poor records when it came to protecting the NHS.

"Right now people are horrified about the way this government is handling the pandemic. They can see that handing over billions of pounds to private, multinational companies to run health services creates confusion, lack of cohesion and integration with other services. The Trade Bill which is being debated in parliament, right now, opens up the NHS to being taken over by more of these shambolic multinational companies. As individuals, YOU can do something, contact your MP and ask them to vote against the bill."

Leeds Keep Our NHS Public continued with the Halloween theme, displaying their 'Trumpkins' to remind the public what Donald Trump's plans for the NHS really are. 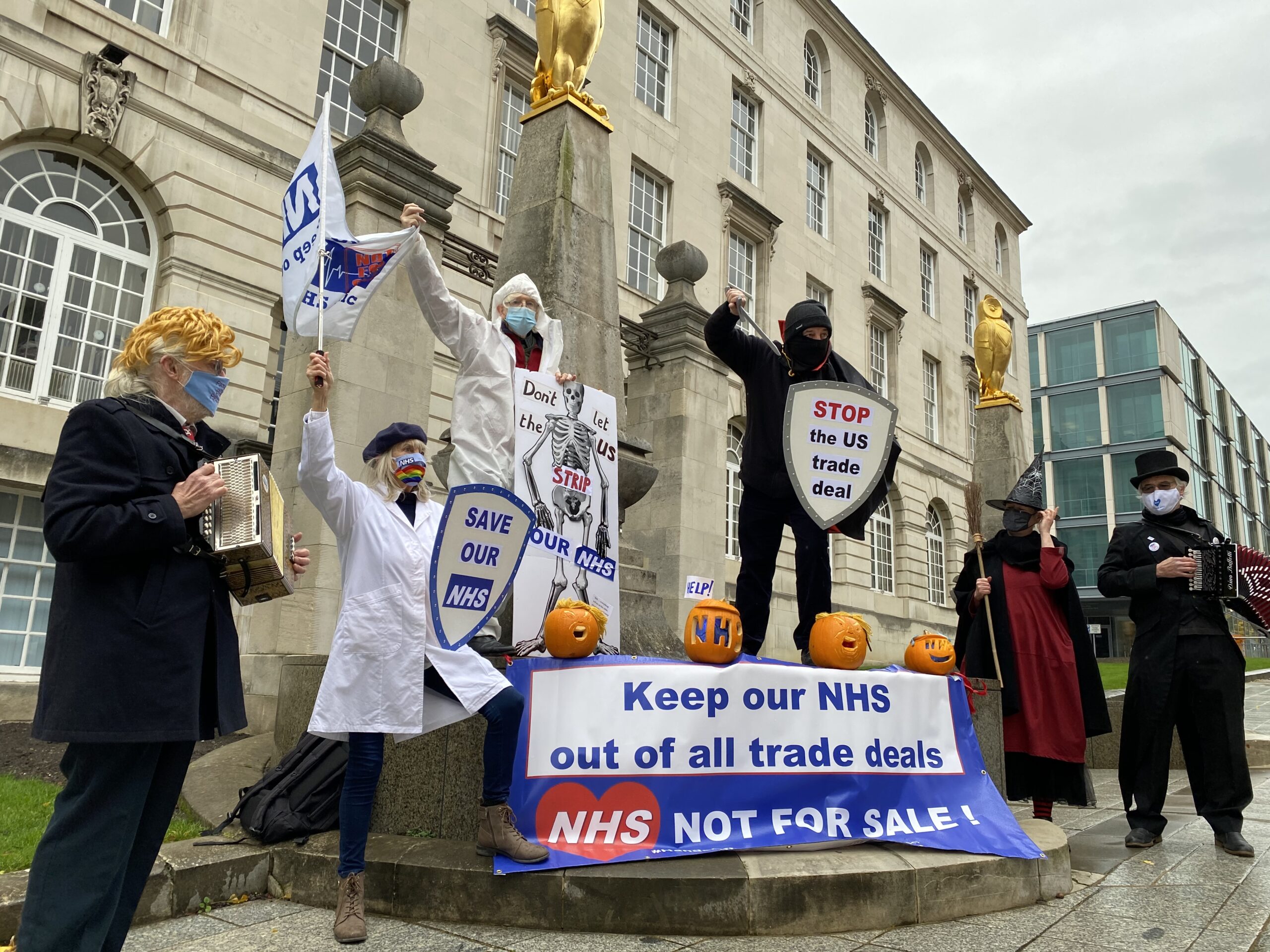 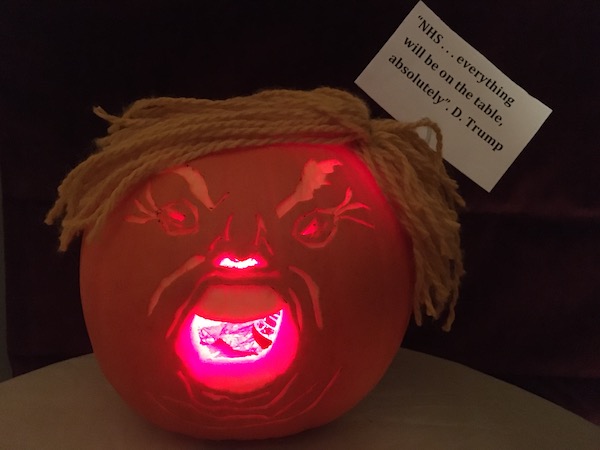 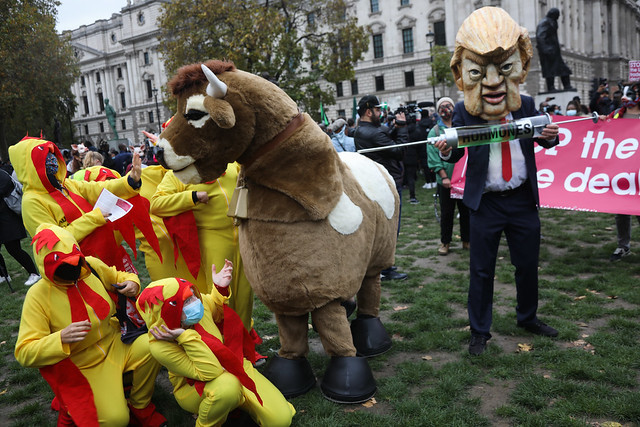 To highlight the risks posed not only to the NHS, but also to agriculture and our health there was a stunt in Parliament Square with Trump injecting a pantomime cow and chickens with chemicals.

The finale was an online rally with speeches from trade experts, the Green Party, a trade unionist, a doctor and campaigners in the US. The multi-talented Dr Phil Hammond, who  does stand-up theatre tours and writes for Private Eye sent a video message.